Infinity Universe: The Quest For Earth

Infinity is a massively multiplayer online game set in a persistent futuristic universe, currently in development.

Infinity features an advanced procedural engine allowing for a seemingly infinite galaxy of unique star systems and planets to discover and explore, including seamless planetary landing. Infinity offers new and existing players an extensive storyline following the complex and often intricate political and social interactions of hundreds of corporations, organizations, and reputation groups through the games three primary factions: the Centauran, the Deltan Federation, and the Star Fold Confederacy.

Infinity employs an open-ended world design, in which a player can control everything from a small shuttle to massive military dreadnaught, a single mining operation to an entire vast corporate empire, all without having to change characters. A completely player-skill based game design, Infinity sheds the need for character classes and skills by embracing self-balance over arbitrary limitation, allowing players to choose their own path to make their name across the galaxy.

Although all players are expected to act in concordance with their personal motivations, Infinity is not a traditional role playing game. The actions of a single player greatly affect the evolution of their character. Your character might grow from their humble beginnings as a young military officer to become the master of a vast corporate empire, or even a wanted mercenary and pirate.

The game mechanics do not emphasize any particular game play style - combat, trade, exploration, social relationships, you are free to choose your own path and goals. Players can choose from a number of interesting character backgrounds that serve as your characters personal history, circumstances, and setting in the Infinity universe to help ground new players in their new boundless horizon of stars. The only limit is your own imagination!

Combat in Infinity functions in real-time, utilizing Newtonian physics to control the fluid realistic movements of player ships and objects. Where the outcome of combat is determined by your own intelligence and reflexes. Not the level and class of another player!

By utilizing the advanced procedural techniques of the I-Novae Engine, Infinity has unshackled itself from the limitations of its forbearers, allowing for the dynamic generation of countless star systems and planets, each unique and awaiting to be discovered by a player. Drawing upon plausible astronomic scales and distances of stellar objects, the precise orbital path of every celestial body is modeled, as each planet and star moves continuously within the galaxy. Allowing players to glimpse the double sunrise of a binary star system on some distant rocky world, to the total eclipse of a tiny moon orbiting a massive gas giant thousands of light years from your home planet - every vista, every horizon is wholly unique in Infinity.

Open ended gameplay: Unlike many other games, Infinity does not force you to play in any specific way. Infinity lacks both races and classes, and does not utilize skills in the traditional sense. You can play as a merchant, trade, mine ore from asteroids or minerals on planets, explore the galaxy, do scientific research, create your own industrial corporation, or, if you are more into action, play as a pirate … at your own risk.

Real-time fighting ( twitch based ): Most MMOs today use a semi-turn based, timed "cooldown" approach to combat. In Infinity, you are directly controlling your ships movements and weaponry in a twitch-based way, targeting your every movement. Your own skills and dexterity as a player make the difference, not a list of stats or skills on your character sheet!

Persistent universe: Infinity is a massively, multiplayer online game. The universe is completely persistent. When you are not playing online, the game does not stop. Other players continue to play, your characters actions within the universe continue to evolve, and new things are always happening 24h/24.

Exploration: Players are not restricted as to where they can explore. Land upon and explore every square centimeter of any solid stellar object you encounter, discovering the oceans, ridges, craters, and mountains dynamically generated by the Infinity engine, even active flora and fauna on biologically active planets. In addition to the more natural scenery, players can establish player-developed cities and interact within the numerous existing NPC cities, in and among the hundreds of other unique details that can exist on every planet.


Storyline and missions: Infinity offers a wide range of missions available in space stations or cities through the engines intricate contact and reputation system. But sometimes you might want to try something more challenging, by engaging in the core missions and objectives of the Infinity storyline. Unlike normal missions, the core missions and objectives of the Infinity storyline are unique, and can only be accomplished by a single player (or a group of players). Once a core mission or objective is completed, it disappears forever from the game and is no longer available to other players. Be the first to complete a core missions or objective to earn fame, credits, rewards ... and much more.

Procedural universe: Procedural programming is a technique that allows the game engine generate objects within game space on-the-fly, in real-time and on request, rather than manually building everything beforehand. Because of this, the generated universe can be absolutely huge, unhindered by the bulky information structures of previous games. In Infinity, the engine allows for the creation of billions of worlds and millions of star systems - the majority of which will never explored by any player, but that await each adventurous soul.

Newtonian physics: The Infinity engine employs a rigid-body physics system used to simulate the realistic movements of all in-game objects. However, to reduce the stress and boredom of long-distance travel, such journeys will be controlled by each player's individual ship navigation computer, simplifying the redundancy and tediousness of long-range travel. But, even when players engage in combat or manual control, players can choose to have their system automatically adjust amount their ships thruster and inertia to increase the fluidity of movement. Even under manual control mode with navigational assistance deactivated, it will be very easy to travel in space, land on a planet, or dock at any station.


Seamless planetary engine: The Infinity engine features a completely seamless experience. You can fly in space and land on planets, traveling directly from deepest ranges of space to the rolling hills and sharp mountainous peaks of a distant planet fluidly, without any loading screens, timer bars, or unnatural transitions. If you can see it, you can fly to it !


Astrophysics: Unlike most other games, Infinity respects the relative scales and distances one could find in space. Realistic orbits are used with each individual planet and celestial object moving in real-time. Many systems have multiple stars with a complete hierarchy of planets, moons, and asteroids orbiting around each other - moons and asteroids in orbit of planets, which in turn orbit stars or other large celestial objects like stars, which in turn may orbit even more massive objects, like black holes and supergiant stars.

To note : there will be millions of planets.

I hope you like the game already a bit.

If you want to know more: www.infinity-universe.com
Last edited by a moderator: Dec 18, 2015

The only thing worse than over ambitious projects with inevitable failure are communities like the one this game oversees and darkfall, massive self-hyping circlejerk machines with people overanalyzing everything and turning it into shit.
(yes, I know this sounds alot like gp32x and pandora, but its different... somehow)
also, the fact that they brag about procedural seems a bit stupid to me. people always coo over it, but i would vastly prefer human designed worlds with their own unique qualities than random, averaged out computer generated ones

But what about the SPEED?
M

'PoisonedV' said:
The only thing worse than over ambitious projects with inevitable failure are communities like the one this game oversees and darkfall, massive self-hyping circlejerk machines with people overanalyzing everything and turning it into shit.
(yes, I know this sounds alot like gp32x and pandora, but its different... somehow)
also, the fact that they brag about procedural seems a bit stupid to me. people always coo over it, but i would vastly prefer human designed worlds with their own unique qualities than random, averaged out computer generated ones
Click to expand...

The fact that procedural is chosen is because there will be millions of stars , with all planets accesible without loading times. It would be just to much work to design them by humans. If you look at the screenshots , you can see what the engine can do. It can really make interesting planets (and this game is going to be realistic , so you wont see fantasy planets.)

The fees will still have to be chosen. There is a chance it won't require any fees.

The engine is made by 1 man. All models are made by the community. There is a document about what all models require and the models chosen in the end will be chosen , so not all models make it. 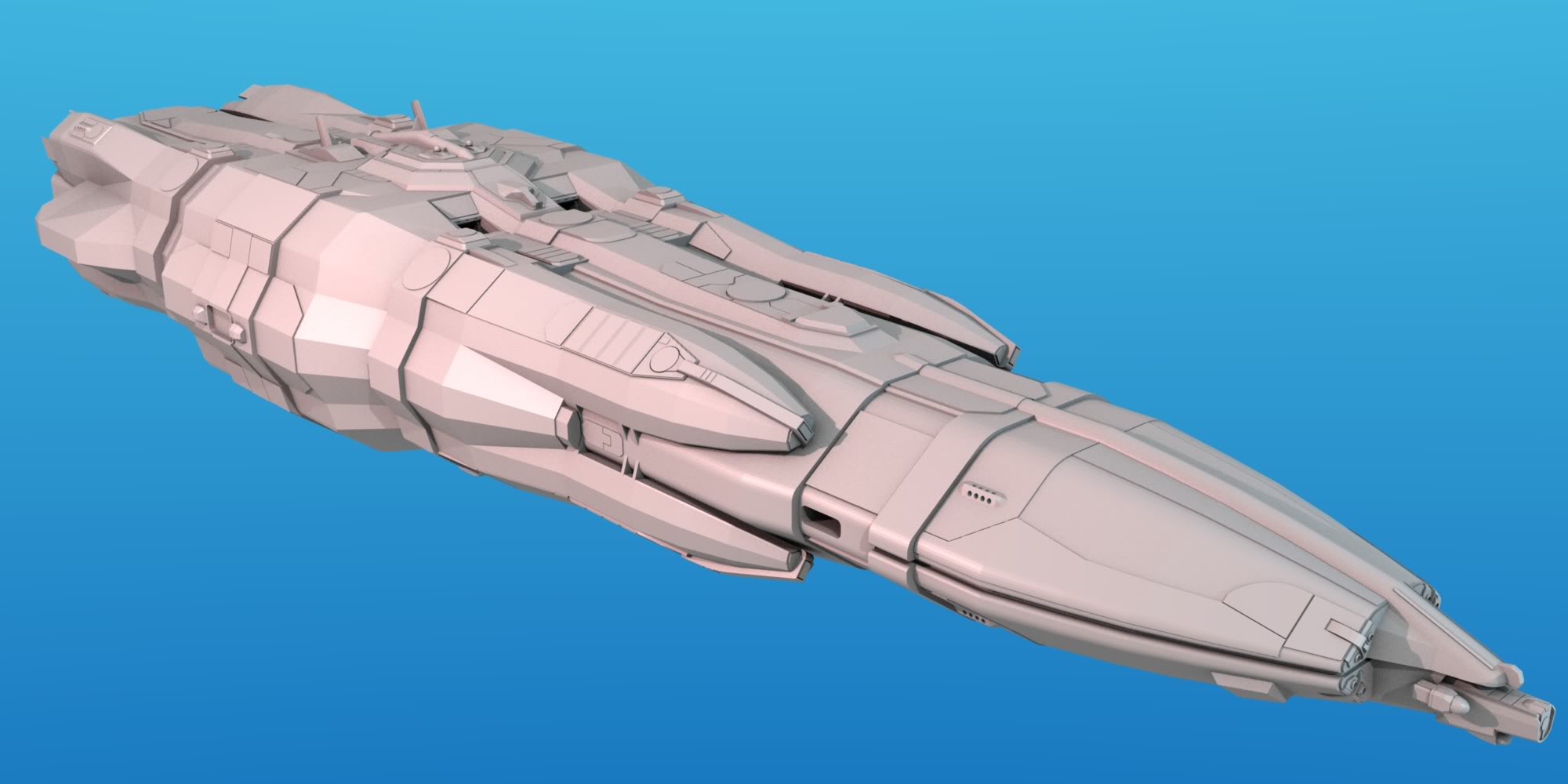 Well, I've been pretty excited about this for a while but i try to keep my optimism as nonexistant as possible so it doesn't disappoint me like every other game has
Last edited by a moderator: Dec 18, 2015
F

Found this a little while back, looks quite cool if it ever gets released.
K

Thanks for sharing this, I hadn't heard of this before. Looks good, esp. if it doesn't require subscription fees and has linux compatibility (well, the latter is a must for me, since I won't buy a copy of windows for a game). Anyway, multiplayer elite has been tried a few times, often with disappointing results (well, thats my impression anyway), hopeffully this one will be different. And regarding random worlds: it worked pretty well with elite and frontier. Sure it has its limitations.

TBH: what I'd REALLY want to see would be frontend to MUDs, just so they would get 10x the amount of users (around 1000 is a starting point for a lively game) and so that all the good work put in to them could be utilized someway in a new form. BatMUD (I used to be a wizard there, nyuk) has something, but it's not opengl graphics, rather just overlays with status screens etc.
Last edited by a moderator: Dec 18, 2015

If i remember correctly that is the game with procedural worlds, textures e.t.c and from what i've seen it's quite impressive and really beautifull. And BTW there is a project page on Moddb.

'PoisonedV' said:
Well, I've been pretty excited about this for a while but i try to keep my optimism as nonexistant as possible so it doesn't disappoint me like every other game has

MMOs. They just never seem to deliver.
Click to expand...