As the Pyra is now in my Pocket, i think i could report what i dit during the last week,
- I settup my Basics, Libre Office, Thunderbirth, Firefox, Cups and Audacious, and the Gnome Games,
- I used it to try out a way, to make a "Copy" Note on a PDF which was a order from my Colleque, and whit a small DLC for the Libre Office, it worked quite good.. "Import PDF"..
- I also used it to put some Data on the "OMV", which is the Webbased Beekeeper Club Database,
worked, but was maybe a bit small..
- Also used to put some Youtube Links on Pyra Videos in the Boards, allthough the Pyra itself is still not optimaced enough to play these, but you can allready open Youtube..
- I also used it to surf a bit the Internet, write in the Boards, and other Sites,
- And i testet allready a bit of Gaming, Drastic Runs maybe a bit slow, but good enough for some Card Games in 42 Alltime Classics
- And the Gnome Games, which are Basically the same, but a lot faster because you dont have to emulate the DS..

Also i made some Test Videos, a PDF Open Race between Pandora and Pyra, and other stuff..

Oh and on Sunday i had to Reflash because i screwed up the File System, but now its back to normal..

The Pyra comes with Thor?!

No, aktually no Liam Hemthswood included, EvilDragon also got long Hair, but he was also nowhere in the Karton.., maybe i should look under the bubblewrap??

EDIT: Chris Hemsworth, seems like i will trow the anger of thor to me because i used the wrong name^^
Last edited: Jan 20, 2021

My Pandora is currently being a CD player, with a USB optical drive and some external speakers. True, that probably wouldn't be anyone's first choice for home audio setup, but it still works very well!

My Nokia N73 also had voice recognition. So you add a telephone entry with a name. Then you can let the phone say that name. This is how you should pronounce it when calling (very monotone with word inflection given by the Nokia speech synth, you could not stray at all from that pronunciation or it would fail to dial that number).
My camera's now have face recognition and can add the people's name in the exif data when the picture is taken. Pretty neat.

Ah, my Pandora is used as a bedside story teller (usually mp3's, but sometimes I fire up festvox to read me aloud, although it takes getting used to that voice). It also contains my keepass, just in case I need it.
Last edited: Jan 20, 2021

Playing hide and seek. I've found my spare battery and my TV-out cable, but no Pandora (so far).

Playing flubopoyo, Ltris, super geometry dust and indiana jones and the fate of atlantis while waiting for people, and traveling by train a lot. On my pandora that is.
A

I think I finished my last game in Pandora. Vandal Hearts 2 if you are wondering.

My Pyra will be in the next batch (next week maybe?) and since I don't know which emulators/games work well in Pyra at this point, I think I will wait for it before starting a new game.

Therefor on its last days Pandora will be the device I use to watch series while on bed and not much more.

asimov-solensan said:
I think I finished my last game in Pandora. Vandal Hearts 2 if you are wondering.

My Pyra will be in the next batch (next week maybe?) and since I don't know which emulators/games work well in Pyra at this point, I think I will wait for it before starting a new game.

Therefor on its last days Pandora will be the device I use to watch series while on bed and not much more.
Click to expand...

I hope to be in the next batch too...

So the dutch train system is fubared when there is a bit of snow, so I took my 6 hour travel (which normally lasts less then 2 hours) to finish a colin mcrea championship on PCSX rearmed on my pandora thrilled that it is also available on the pyra.
I wonder if the pyra also can manage to still have more than half of its battery after that.

You can just put your savestates and savegames from the Pandora Port to the Pyra Port ..

The last time I used my Pyra to Film a bit N64 and PlayStation Gameplay..
And to post the Video in the Pyra Forum./

I have been using my Pandora to play Mame4All (mainly Capcom arcades). Also tried without success to configure a Bluetooth headset.

About the Pyra, I still do not use it too much, I am waiting until OS support matures a bit.

Today, i used the Pyra to make a Invoice for my Dads Beekeeping,
worked quite good whit my small Pocket Mouse
allthoug for bigger text, maybe a USB Keyboard might be a bit more confortable
later i will make maybe a new video whit pcsx rearmed in maxed out window mode and the billard game @ptitSeb suggested 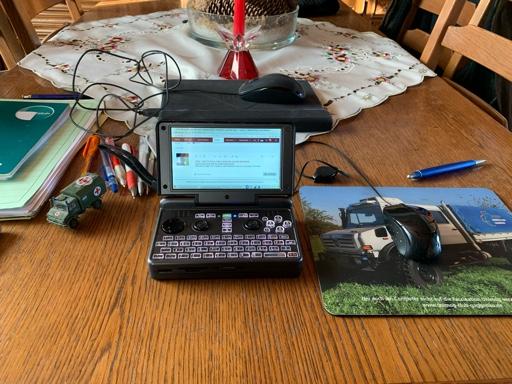 The last couple of days I've used the Pyra to slice and 3D print components of the MPCNC Primo. Maybe one day I'll be able to mill case parts for the pyra from aluminium, but that will be at least 6 months off.
* MPCNC = Mostly Printed CNC 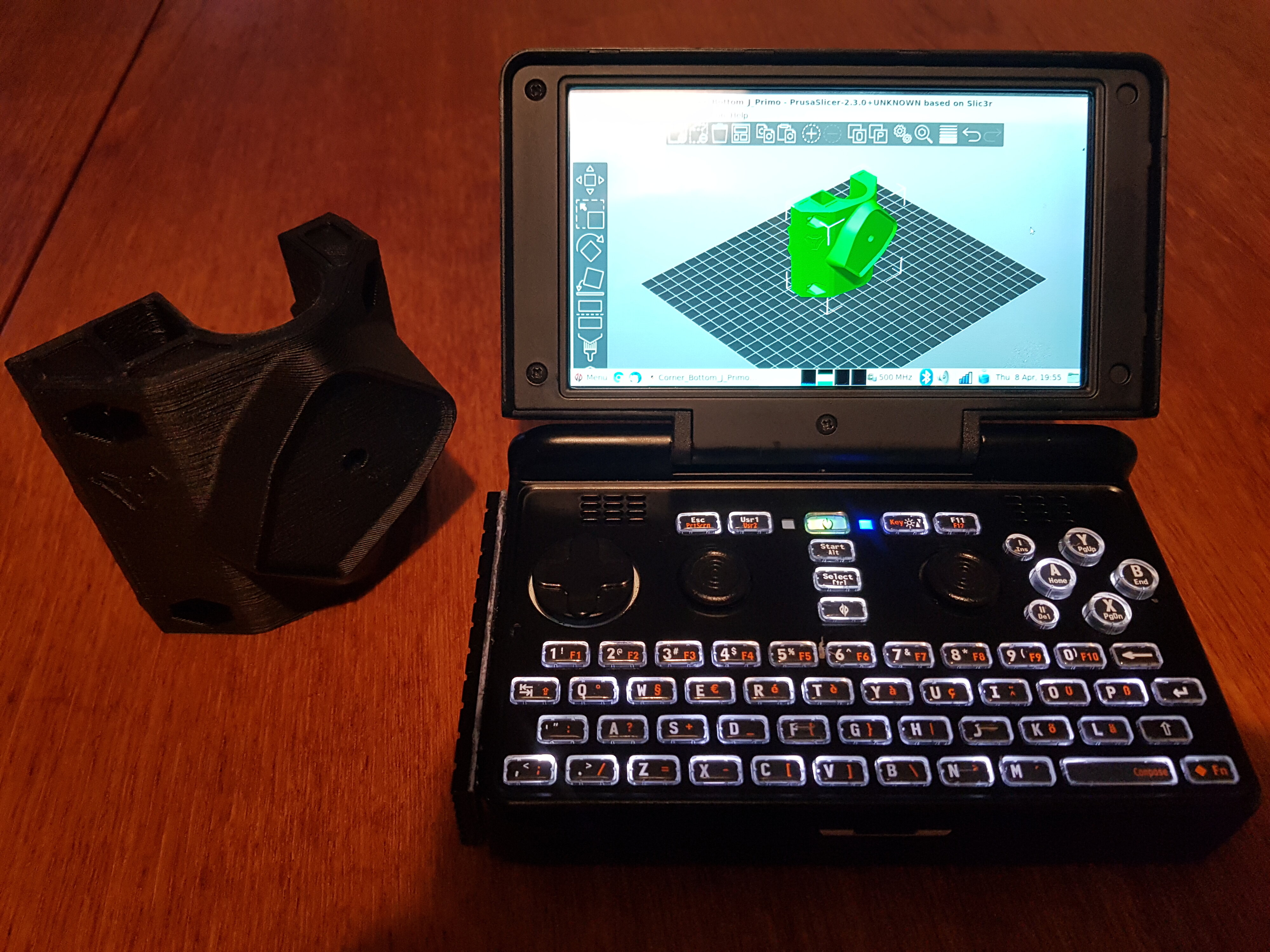 I'm using PrusaSlicer-2.3.0 compiled for armhf. This works but has a couple of problems:
1) The window cannot be smaller than 1350 x 1020px and so I have to do some <Alt>+mouse drag to get to the slice button
2) The 3D gfx are a bit slow but still functional (mesa not gl4es). Although this is OpenGL2, there's something funny with the EGL initialization stopping gl4es working. It compiles fine on the Pyra so I'm interested to try to figure it out.

Diving into fractals with the Pyra's fast processor, vivid screen and touch drag and zoom:

As our Workpc are getting SSDs because they are otherwise too slow (dam windows 10) I used my Pyra to open our counter Exel document in Libre Office, worked good, although it was not that comfortable on this small screen then on the big computer whit 2 screens ^^

Edit: Apparently the German for 'fractal' is 'fraktal'. It would be called a Mandelbrot set if it were a Mandelbrot but in this case it's not.
D

I wrote a vector sketcher program for my Pandora a while ago since the pandemic i have been drawing next to every day:

Check out basrungar's art on DeviantArt. Browse the user profile and get inspired.

S
What Stuff are you going to use with the Pyra?
2 3

This is what I want the Pyra to replace, a media dump