This is a longshot, but... anime thread?

From 9anime.nl I watched the following:

This is a layered story, with cliffhangers at every end of each chapter, leaving you both tense and wanting to click on the next chapter. With small clues to figure out what is going to happen next, I was blindsided and totally blown away. Not telling anything about the plot, because that would spoil it. If you are not hooked by the end of chapter 2, then this one is not for you.

Guys, I just resubscribed to Crunchyroll a few days ago. Now I'll be able to watch awesome anime premiering in October such as...
Isekai #1: Ascendance of a Bookworm, aka isekai with books
Isekai #2: Didn't I Say To Make My Abilities Average In The Next Life?
Isekai #3: High School Prodigies Have It Easy Even In Another World

Wait a sec... Where's Isekai #4: Cautious Hero? Funimation got it? NOOOOOOO
[doublepost=1569765486,1569759538][/doublepost]Oh man, I just noticed Isekai #5 over at Funimation, Kemono Michi, aka wrestler in beastman world isekai. I guess I should just accept this as another genre at this point, right?

Still debating picking up a Funi subscription to go with my Crunchy subscription. It sucks for Americans to have to get multiple subscriptions to watch all the anime, but then I remembered that Crunchy and Funi already tried merging once, and the people who owned the anime didn't like that so much, so I guess we're stuck with what we have.
H

I watched Attack on Titan, Slime, Shield Hero, and now starting out with Dr Stone.


JDTAY said:
It sucks for Americans to have to get multiple subscriptions to watch all the anime
Click to expand...

It sucks more for everyone else. Out of the great selection of anime you have in America, most of it we can't get legally at all.

I stopped Funimation, because they started populating it with dubbed only crap.

I'm debating whether or not to renew my Crunchyroll subscription in early July. Mostly these days I just watch One Piece, but I'm still just starting Sky Island. There's a kind of sadness in knowing I'll never catch up on the whole thing.

I can't get into any new shows these days. I don't know if it's the lack of people to talk about it with, or the Klonopin, or just me getting old.

Just start to watch them, maybe you'll criticize a lot, or be bored at the beginning, but eventually you'll get always something from them.

Anime can be REALLY weird sometimes, but most of the time, in the unexpected moments, them raise or touch deep psychological arguments that can make you more involved with the story.
I can make as an example "Darling In The FRANXX"... that anime is a totally WTF thing, that makes you think what kind of drugs they were using while writing the story... but then you start to know better the characters involved, and the weird things in your mind starts to fade away... not because them disappears in reality, it's just your mind that both is become used to those, and is more concentrated to the characters feelings. (The ending could be disappointing... or not... require interpretation... let's see if the sequel on the work will give some clues.)

I'm watching One Piece too, it is a WTF thing too, and it has some very deep (almost serious) moments... but while I try to stay open minded and all, sometimes there are episodes so extremely (EXTREMELY) gay and/or childish that I just pass them and go directly to the next ones... if I remember correctly I almost passed an entire saga with an island of crossdressed people.
Anyway I suppose that a lot of those things were not present in the manga, that I didn't read.
In the end the story is good, after filtering out all the not useful things.

We're enjoying watching One Piece - mostly it's just funny (I didn't expect to like it, as clips I had previously seen looked stupid, but somehow it works). It's just annoying that there's a large number of episodes missing after #300ish before newer ones. They had the same problem with Naruto.

Many japanese kids series are still fun to watch.

Had to cancel my Crunchyroll subscription due to money issues, but I could renew later this month.

At least according to these guys, Rent-a-Girlfriend and Misfit of Demon King Academy are pretty hype, so maybe it will be worth subscribing later.

Gotta feel bad for those Crunchyroll Originals, The God of High School and Gibiate, getting no love though. Crunchy's in kind of a tough spot for licensing right now, with Sony pouring tons of money into Funimation. Making their own anime was supposed to solve that, but I'm not sure it's helping.

I always thought that Funimation had less content than Crunchyroll, and what it did have is what Crunchyroll had...

Anyway, you'll not miss much - most series appear to be on hiatus (perhaps because of lockdown)

This series is mental, btw (Donyatsu):

>I gotta admit, even I don't watch anime terribly much.
Good.

Do any of you remember this one?
It really cracked me up and if anyone know series like this one pls tell me which

Its named Full Metal Panic.
Last time I looked, it was on Netflix.

Why are there so many anime threads?

Been watching Grand Blue. By the fourth chapter you'll be comfortable seeing naked guys. #nohomo
This is a slapstick comedy with such a good timing that I laughed the hardest than ever, this year 2020. (I think I almost forgot how to laugh during corona)
Wanna have a laugh? Dive right in! 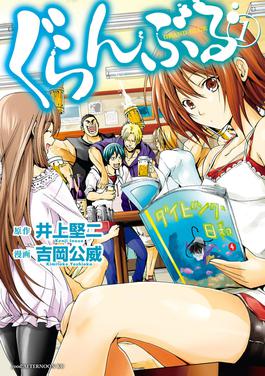 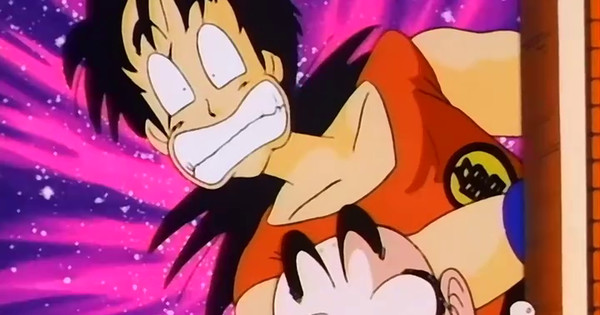 I didn't linked Bulma in the shower, it was too much PRON !!

Oh man, an official JoJo website teasing an event for April 2021 opened up briefly yesterday, presumably by accident. Most people are saying the event is likely the JoJo Part 6 announcement.

I was kinda hoping Part 6 would air in April, instead of just being announced. I'm not getting any younger...

Just to update on my last post, it's now official. 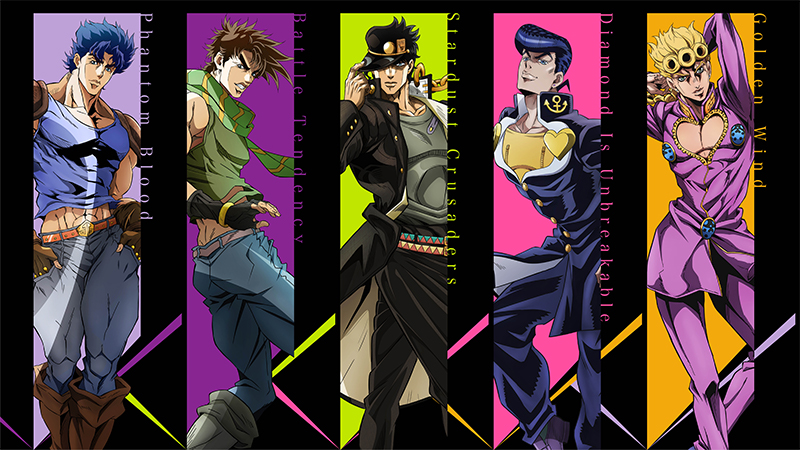 The voice actors for all five JoJos so far will be united for the first time for a special event. People are saying it's probably to pass the torch to JoJo number six.
You must log in or register to reply here.
Share:
Reddit Pinterest Tumblr WhatsApp Email Share Link
Top