Does The Arrival Of Pandora Mark The Death Of Gp2x Development?

bacteria said:
The GP2x supports lots of emulation, however it has its share of problems, as we all know. Given the history of GPH products, expect lots of issues with their new model too - if there are too many issues, the product will be a dead duck, so all this hype is for nothing until the system is actually tested. Until that happens, you have your GP2x!
Click to expand...

Kramy said:
Truthfully...I enjoy optimizing my novice code. I look at the slower ARM processor like a challenge more than an obstacle.
Click to expand...

Actually that's a very good thought. I remember when Commodore went bankrupt, one CEO of a Swedish PC software house was quoted as saying that it'd mean the end of good programmers because the PC did not impose such severe limits on processing power as the Amiga did at that time, and that Amiga programmers were used to the nessecity of optimizing their code while PC programmers were not.
In fact, I know some programmers who still return to the C64 from time to time for the sake of keeping their optimizing skills sharp, and myself being less of a programmer I enjoy the challenge posed by the limited capabilities of the SID chip.

That's not to say I won't enjoy the vastly more powerful Pandora, of course, or any modern powerful computer, but sometimes it's good to go back to basics and remember where you're coming from.
Last edited by a moderator: Dec 18, 2015
K

Kramy said:
Truthfully...I enjoy optimizing my novice code. I look at the slower ARM processor like a challenge more than an obstacle.

That's not to say I won't enjoy the vastly more powerful Pandora, of course, or any modern powerful computer, but sometimes it's good to go back to basics and remember where you're coming from.

Yep. It's amazing what you pick up.

I've been learning java, and it's amazing how much of a hit you take if you constantly use arraylists. They're convenient, but too slow for my liking. I'm still using them in "Editor Mode" for the TD I'm attempting to make, but I've converted the rest to fixed-size arrays.

And for arrays...especially small ones... [][] wastes a ton of memory. If you manually figure out where the new "rows" or "cols" are with some simple bitshifts or & math, then you take a meager performance hit for huge memory savings. When dealing with 16x16 arrays, it was something like...

The performance hit was about 5% on my PC. Pretty negligible compared to that memory saved.

That's not even really getting into code optimization; that's just simple object/type optimization, and not using the most convenient object for a task.


I have to admire the Payback dev. It's clear he really knows his stuff.
Click to expand...

Kramy said:
And for arrays...especially small ones... [][] wastes a ton of memory. If you manually figure out where the new "rows" or "cols" are with some simple bitshifts or & math, then you take a meager performance hit for huge memory savings. When dealing with 16x16 arrays, it was something like...


This is directly relevant to something I'm working on right now, and I think I'm going to revise my code dramatically because of it (even though I'm not seeing a performance hit... yet).

Developing for the GP2X since 2006

How many of these 16x16 arrays are you using?

Optimisation should always be the last thing you do, when you know what the problem is e.g. lack of memory or speed.

By doing this, you are producing less readable/more complicated code and adding a 5% processing hit.

Get your program to work first, profile it, then optimise if required - if it ain't broke don't fix it.
S

Tobriand said:
On another note: *mouse* support in PS1 emus? I realise this may be a silly question, but whatever for?
Click to expand...

Perhaps because light-guns do not work with LCD screens.
Last edited by a moderator: Dec 18, 2015
B

Unless, of course, someone can write drivers for this 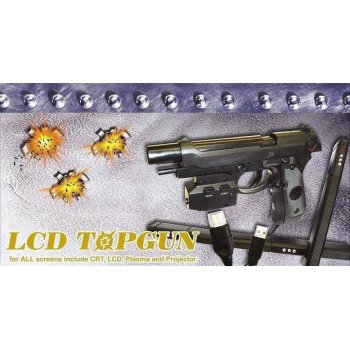 I think there are lots of developers here that will not be jumping to the Pandora right away. Just wondering, but can anyone explain why development on the GP32 died so fast?

I'm hoping to start learning C++ now so I can make stuff for the GP2X.
W

quadomatic said:
Just wondering, but can anyone explain why development on the GP32 died so fast?
Click to expand...

I can't, it is a bit of a mystery. For the first 12 months of the GP2x's life it could do nothing that a GP32 couldn't do and it's battery life was a lot worse. Even now, I would say that (in terms of emulation) the GP2x is far better at SNES, GBA and Mega Drive add ons (SEGA CD, Viirtual Racer), but for everything else (ZX Spectrum, Commodore, NES, Master System, Atari St, Master System, Mega Dive, PC Ebgine) there is not much difference between ZX Spec and C64.
Last edited by a moderator: Dec 18, 2015

Developing for the GP2X since 2006

I was looking at the GP32 when I heard of the GP2X, for me it was a the better spec for much the same price and Linux which meant development was more familiar.

quadomatic said:
Just wondering, but can anyone explain why development on the GP32 died so fast?
Click to expand...

I don't know - I don't think anyone really does, and likeWhizzBang, I find it puzzling. However, I'd speculate that it had something to do with the GP2x being a friendlier dev environment (specifically, SDL boosted the dev cycle a LOT, and Linux meant there were a lot of direct dealings with the hardware that you didn't need to worry about), and, crucially, the GP32 not having (as I recall) decent SDL support (or Linux) at the time. I think there was some, but iirc it wasn't complete or wasn't easy to use or just wasn't very good.

So, you have devs starting to develop on the GP2x using a library that wasn't available on the GP32, and thus would require significant work to backport it. That explains lack of backports.

It does not explain why games that were in development at the time didn't continue to be developed and subsequently released - assuming they already compiled on the GP32, it makes little sense to convert the codebase to 2x and completely stop work on the GP32 version. One hypothesis that deals with this is that there weren't many things being developed for the GP32 at the time. I doubt this is correct - releases existed for the GP32 right up until the release of the GP2x, and it seems odd to have such a clean transition.

I think the explanation I'll posit - which isn't going to be fully satisfactory - is that devs were getting bored with the GP32. Perhaps the fun wasn't there. Don't forget that the GP32 wasn't only haemorrhaging devs to the GP2x. The PSP had *just* had it's firmware cracked (as far as I can find, around August 2005, which places the event almost exactly as the first GP2xes were shipping). And the DS was surprising people the world over by being fun as opposed to gimmicky. There were quite a number of new devices out there, all waiting developing on, and all with exciting different potentials.

In addition, something I've noticed over the last few years, whilst the number of active devs as a whole in this community is HUGE, the number of active devs at any one time (say, who make releases in a three month period), excluding competitions, is probably "only" around 20-30. When you're dealing with that kind of number, you don't need to lose many for a very perceptible decrease in releases.

And then comes the next effect: decrease in releases leads to decrease in users (who can, on the same site, see just how active the GP2x is at present, and are buying them very quickly indeed), and decreases in users leads to decreases in posts. Decreases in posts means decreases in perceived audience, and (here's the crucial bit again) why shout in the face of a gale? Or rather, why release your game for the GP32, where it'll get a couple of comments about how great it is and how GP32 development isn't dead yet, when you can release it for the GP2x and have significantly more people - who currently don't have much to play - reply about how great it is. (As an aside, I'll admit that this is not born out as much by the facts as I'd expected - the release thread for Tilematch, one of the best early releases for the GP2x only has 20 or so responses, which is surprising to me - so the argument is possibly not as strong as it might be. But I can't recall any contemporary GP32 releases to compare response with - comparisson might indicate that the argument can yet survive). Anyway, lack of perceived audience reduces the inclination (I expect) to dev for a system.

Note that all of this is speculation, but I think it's fairly thorough speculation, and probably fairly close to the truth.
Last edited by a moderator: Dec 19, 2015
You must log in or register to reply here.

E
What Is The Status Of The Gp2x Quake Port?
2