It looks very nice. The keyboard is excellent looking as well.

But I really don't know how you could hold the thing in your hands for gaming. Seems very wide and heavy for handheld use.

The keyboard is mostly okay, but they have one rather major flaw on it - they really need to swap their caps and tab positions. Tab is insanely important - caps is hardly used at all.

Vortex makes a highly compact keyboard called the Core. I have one of the early ones - caps is marked on the key left of A. On subsequent versions - and software for all versions - they rightly remapped that to Tab. It makes for a MUCH better keyboard experience.

Otherwise, I think this one is quite well laid out. Having 6 rows makes that a lot easier and cleaner. Hopefully they will have something in the bios to swap Tab and Caps.

Totally agree with you, mate. I'd hate to keep accidentally hitting Q or ESC every single time I want to TAB

I don't know why they have a caps lock key at all. I'd have left that area blank and then put caps lock on Fn+C. People almost never use it.

matzesu said:
This is now a Whole Netbook, not that Handheld Anymore like the GPD WIN 1
Click to expand...

Yes, I wonder how functional a thumbstick will be for something that you're more likely to put in a table to use. But unlike my old eeePC it has a crippled number row and a non-dedicated tab key, not to mention that the up and down keyboard keys are half size, and the only way to access page up/down.

Much better with the top right layout fix. Hope the final version can be close to it!

Actually, I would say that is worse as it is eliminating the touch pad. Is the Win Max going to have a touch screen? If not, then this touchpad is the way to have mouse control while the game controls are in 'game mode'.

Yes, it will have a touchscreen

Btw, the touchpad wasn't removed (it was shrunken though)...concentrate on the top right image and ignore all the other ones.
Last edited: Feb 22, 2020

Hmm, I approve of the promotion of [ and ] to a full sized key (although you now need the fn-modifier, that I can forgive), and especially the promotion of { and } to full sized keys, I'm less convinced that they're apparently pairing . with : and , with ; by moving the < and > keycodes to the Z and X keys, and dividing the traditional ;/: key amongst the holes left is a good idea, but it's probably something I could learn to like. And the angling of the game controls now suggests this really is designed to be used handheld, with them matching the sweep of your thumbs, and we'll have to see how practical that is inspite of the base being rather thick and isn't really moulded for handholding.

Unfortunately...it's just a fan made mock-up

Ah okay, your steer of 'concentrate on the top right image' threw me, as if that were going into manufacturing. Unfortunately I have no influence over the making of these products personally.

Maybe you do? And GPD are actually reading every single post in this thread? You never know...

I have confirmation that the WIN Max will have

Here is another pic 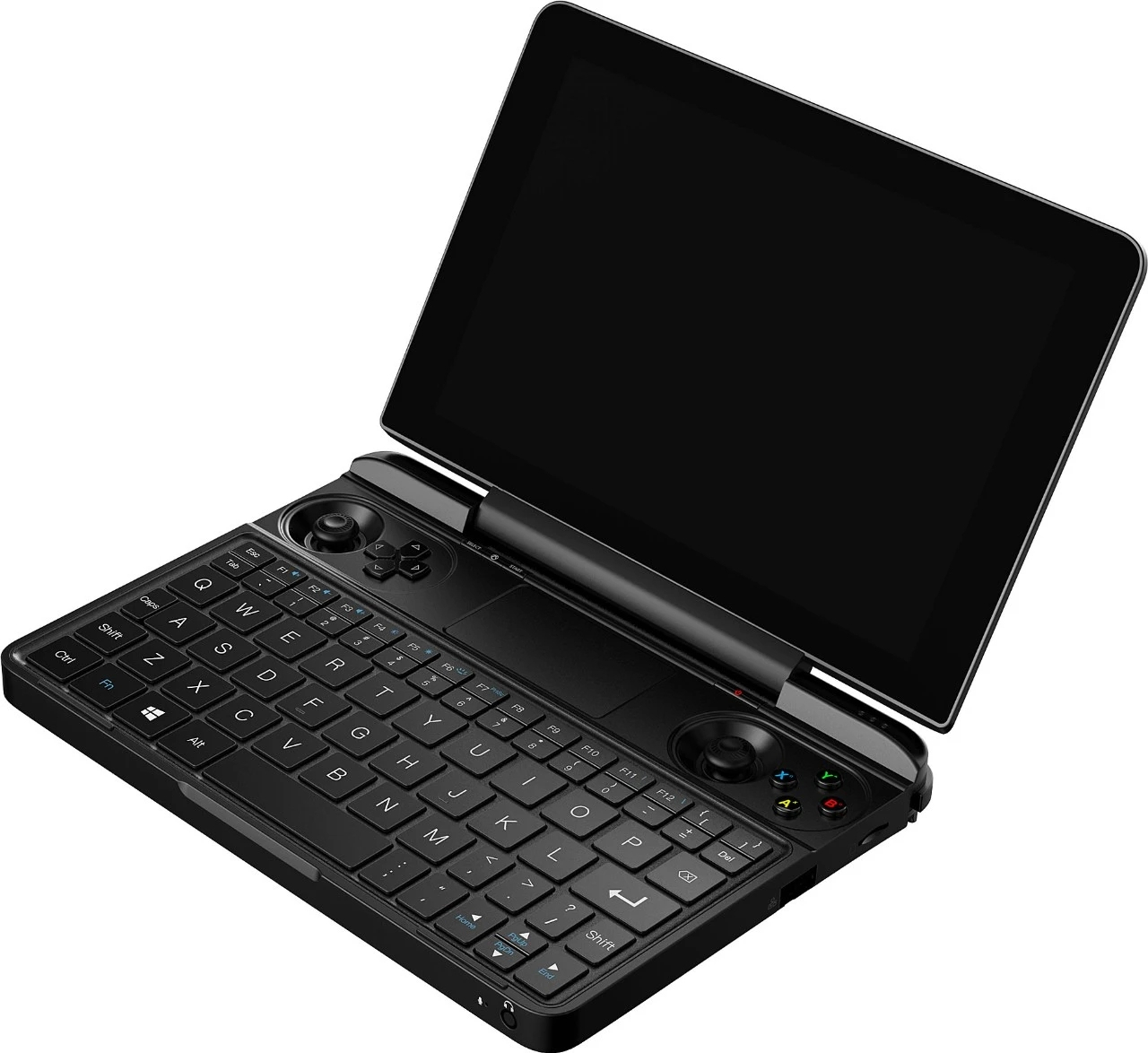 Thanks for the update, but is that hinge going to be reliable?
K

Is the SSD still replaceable? Is there a date for the IndieGoGo?

kamui_kun said:
Is the SSD still replaceable? Is there a date for the IndieGoGo?
Click to expand...

You will be able to swap it by taking the back off.

I have heard a tentative date. But they will need to announce it when they are ready. Nothing is in stone anyway