Tryd the comerzial Jedi Knight II Jedi Outcast Port on Nintendont Switch Lite yesterday,
Im a bit disapointed: its ok, but if the Stormtroppers are there, i die pretty quick, its like i aim like a Stormtropper, and the Stormtroppers Aim like the Good Guys in Star Wars,
Maybe its because this Gyrofeature, i have to test this when i have more time..

I can remember, i was way better on the Pandora Port, but maybe i used the Cheating Feature there that dosnt seems to work on the Switch Port..

So i was more exicted about the Dragon Quest 11 on the Nintendont Switch Lite,
cool JRPG, but im just at the Begining...

Oh and i played a bit more Borderlands 3 on the XBOX ONEX, was cool, but i need more time..

Yesterday i bought the Bus Simulator (XBOX ONEX),
Some years ago i made the aktual Bus Driving Licence, so i have a little big experience, althought this Bus could be from the 1980thes and the Busses on the Simulator are much more modern,
Ditnt drove whit Passangers in real live, so the Simulator is pretty handy ..

The Simulator isnt maybe the best looking Game on the XBOX, but its quite detailed, you have your Controlls, you can push the Buttons like on Real Live or you have also a Aktion Menue where you can controll all your funktions, like Door Open/Close, Lights, Radio, etc,
You can walk through your Bus in Ego Mode, ask your Passengers for theyre Ticket (and the get angry if you ask to often), you can aktivate some spezial funktions like the Wheelshair Ramp or something..

But you also get Minus Points for some Driving Issues, etc..

Its quite entertaining to listen to the Random Comentarys of the Passengers, and the best thing is, if you ditnt want to be a Bus Driver anymore, you can save the Game and Shoot Down the XBOX..

Borderland 3 (XBOX ONEX)
Continued whit the City Planet, startet this Battle Royale Quest, (from Moxxie), but had to give the Endboss a Pause until i have some more Levels as im was Level 12 and the Boss is Level 18 or something.., and i made the Side Quest to search Syringes for Tannis....

Borderlands 3 (XBOX ONEX)
I was on Eden 6 for the Story Quests, and i also opend the Vault there, im a bit dissapointet about this Halloween Event: Your normal Enemys now have these Gosts that attack you when the Enemys dy, so there are now lots of Green and Red Effects on the Screen that is realy disturbing .. ;(
Im now rescuing Tannis, but i have to first fight a realy big Boss "Agonizer 9000", its cool, but seems like my Weapons are too Old (and i dotnt find better ones), i think i first have to make some Sidequest to gain some Levels..

Witcher 3 (Switch) ,
I got to the first Ciri Quest were you can play as Ciri in Velen, which is a pretty cool Gameplay Mechanic (Way better than these Ghosts in Borderlands 3)
Ditnt made much in the Maingame, just took some things from the Villagers Houses.., its not nice but it works..

matzesu said:
Borderlands 3 (XBOX ONEX)
I was on Eden 6 for the Story Quests, and i also opend the Vault there, im a bit dissapointet about this Halloween Event: Your normal Enemys now have these Gosts that attack you when the Enemys dy, so there are now lots of Green and Red Effects on the Screen that is realy disturbing .. ;(
Im now rescuing Tannis, but i have to first fight a realy big Boss "Agonizer 9000", its cool, but seems like my Weapons are too Old (and i dotnt find better ones), i think i first have to make some Sidequest to gain some Levels..
Click to expand...

There have been several times I've been in a situation in that game I felt that there should be a lot more side missions, but it all seemed to hinge on doing the main quest line and then more quests would show up. The game at a few points felt like it was going to end soon, but gladly there was a lot more content. However it seems a bit of the a later zones seem to have scaling problems. Being a completionist I out leveled most of the later levels and the end of the game was way too easy.
Last edited: Nov 4, 2019

Playing The Witcher 3 on Switch, too. The controll mechanics annoy me - getting in the way/throwing me off a lot, but the game is too good otherwise. My sleep-wake-cycle is highly distorted, now.

Post automatically merged: Nov 4, 2019
And, the graphics strain the eyes. I switched off intentional blurring, but the view is somewhat out of focus as a baseline. I wished they fix that.

been playing a lot of magic the gathering: arena

The Fan Game - Back to the Future Part III: Timeline of Monkey Island

The Fan Game - Back to the Future Part III: Timeline of Monkey Island If you liked my works, and want to see more, you can support m...

Ah, it's a windows game. How disappointing.

I've been playing the first Phoenix Wright game on my Pandora. It's surprising because I find that many things aren't handled very well (characters aren't very interesting, many jokes fall flat, situations feel a bit forced, etc.) but I'm still enjoying myself quite a lot.

A bit Bus Simulator on XBOX One, this is now also my Gaming Desk, it’s easer to see something in Simulator Games when I’m near on the Screen .. 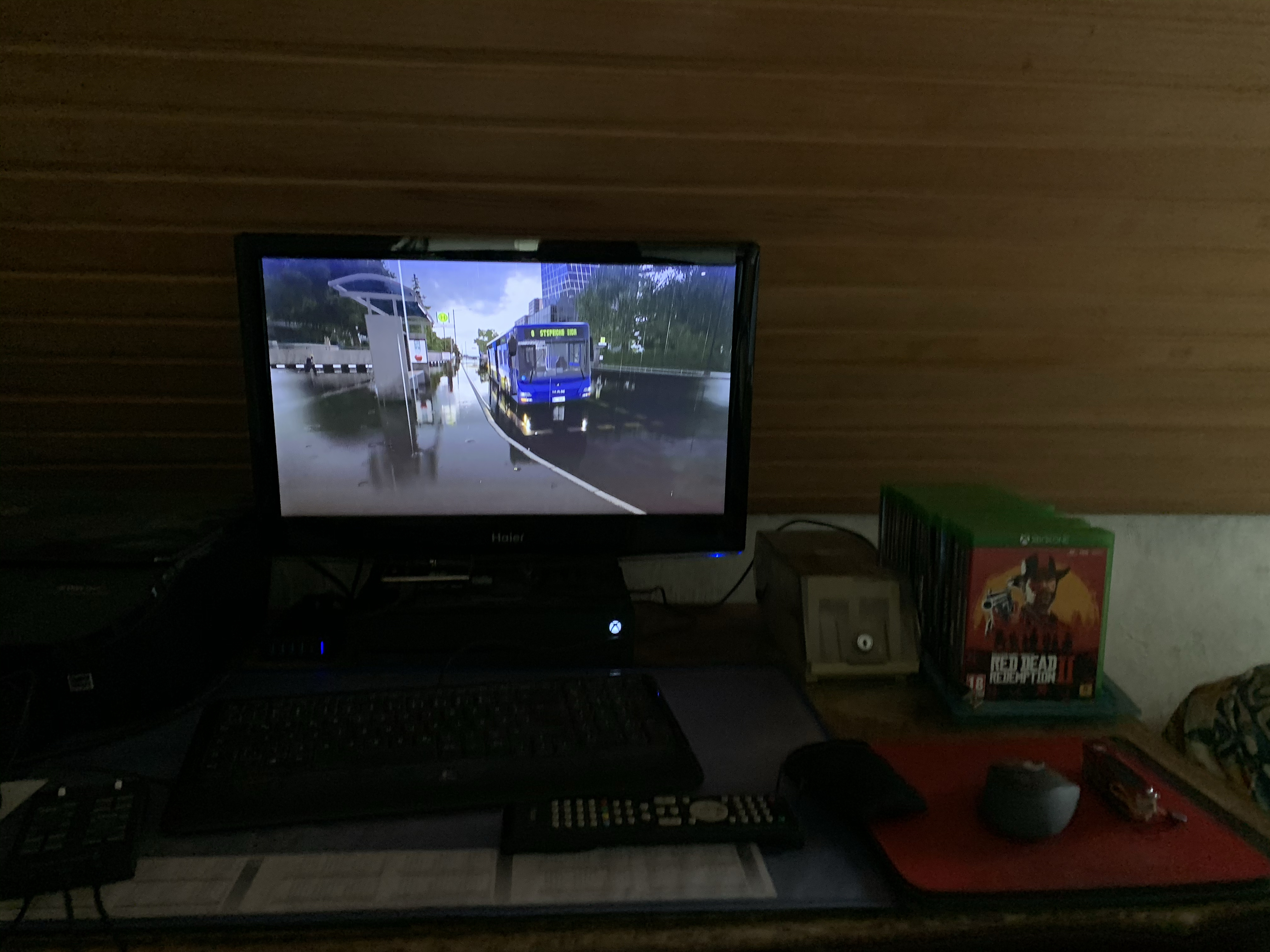 I like the way you always say you're playing some kind of vehicular simulator, be it bus or tractor most recently. But there you have a copy of RDR2 at the front of your game stack, a proper story driven open world kind of a game, although from your perspective perhaps you could consider it a horse simulator

It’s more a Cowboy Simulator, and most of the time it’s too many Story when you only want to drive a bit around..
I think when I’m ready whit Borderlands 3 , I think I will continue whit the Cowboy Sim ..
Funfact: after the Intro of RDR 2, where they were in Snow, I decided to wear my Cowboy Hat

Much more often, even in Winter (Whit a Buff to warm my Ears.. 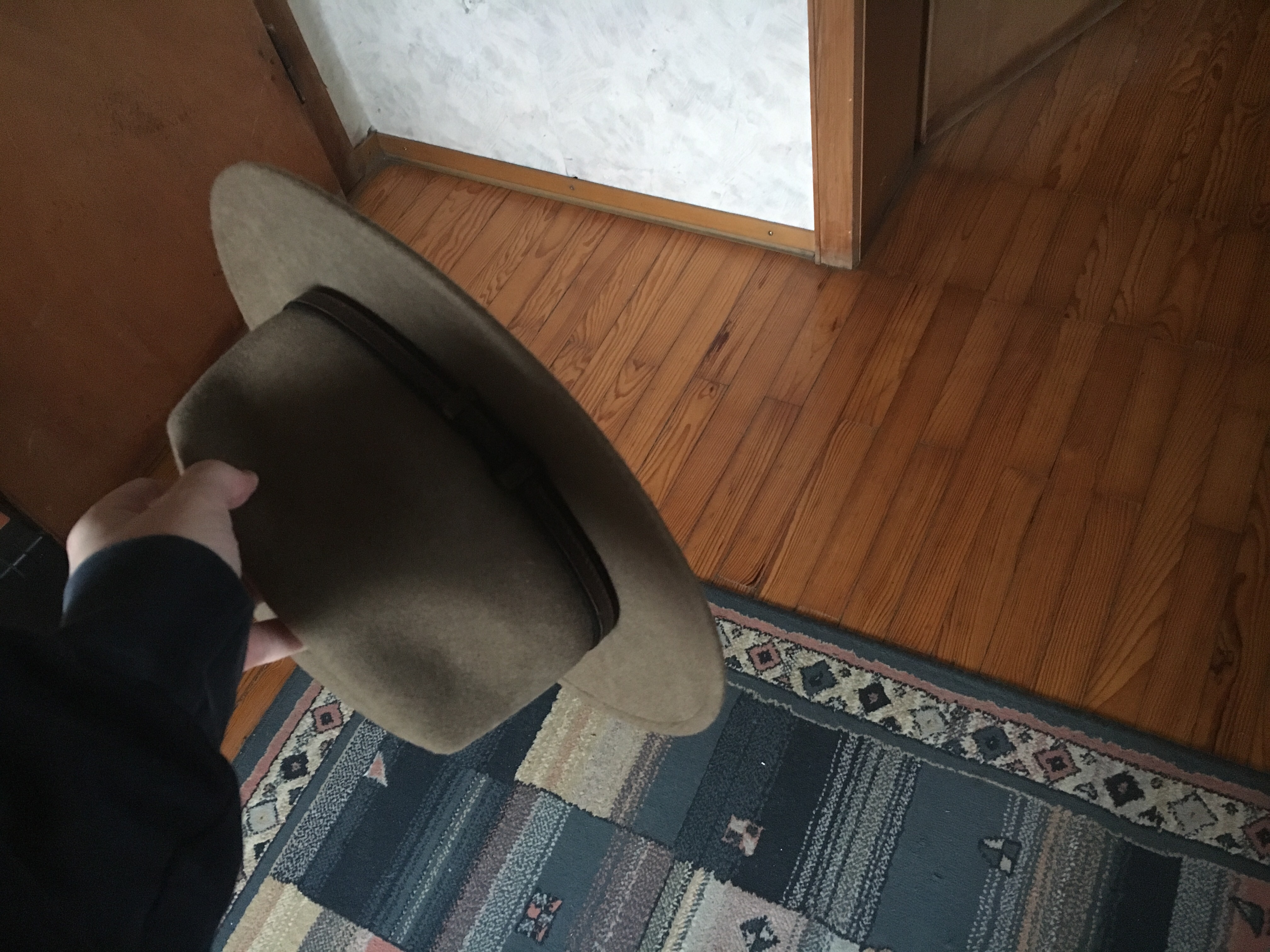 Baldur's Gate 2. I played it loads before, but never finished it. Hoping this time I might actually finish it. On a Pyra.

Yesterday I also played a bit Farming Simulator 2019 on Xbox,
Now whit the Platinium Update and Claas Traktors, like the pretty cool Xerion..
I found a cool Pickup Mod.. , it’s more a Farming Vehicle Sandbox for me instead of a real Farming Simulator , as there is now a Money Mod, but it’s just not useful to farm for hours, just to try the newest machines..

Regarding BG2, I now have the save files under version control, which should simplify the process when I get my Pyra

Just bought Prey 2017 on sale for 7,5 €. This'll tide me over until one of the System Shocks come out, remake or 3. And boy am I looking forward to the latter.

During the Nintendo eShop's Black Friday deals, I bought Labyrinth of Refrain: Coven of Dusk for Switch for $25. Have put about seven hours into it so far.

What's weird to me is that all the reviews I looked at talked about gameplay, saying that the game gets too grindy and stuff. None of them bothered to mentioned the story, as if it were nothing special.

Well, I may just be old fashioned, but when the main character gets sexually assaulted by a one-eyed nun with a Russian accent within the first three hours of the game, I can't help but think, "Damn, that's pretty hot right there." Why didn't anyone warn me this was THAT type of game?

Been playing a bit of ULTRAKILL, old school quake-style FPS. Proper mental, and gets pretty hectic, but good fun! 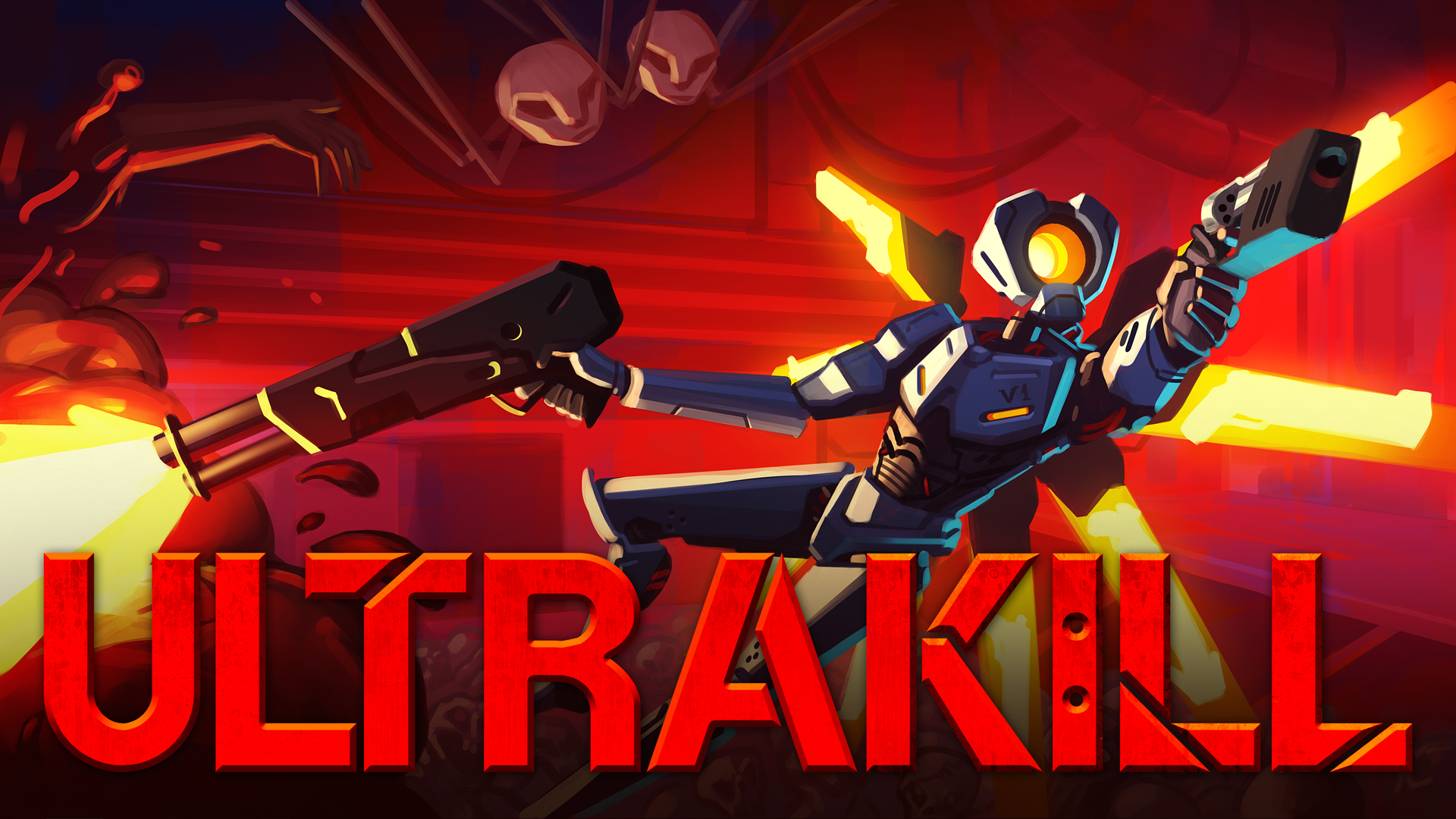