Finally i'll be able to release the port of Alien 8.

A little story about it.

This port was a bit tough because in origin (of the remake) the programmer used Allegro and FMODex libs to code the game.

I had the idea to change this code from using FMODex library (because FMODex is closed source and an ARMv7 version is not available) to SDL_Mixer and inspired by the example of Sebt3 Mario game where he used SDL_Mixer code to play audio instead of FMOD, i was then able to run the game.

Now sound fx was working good, but no music.

Here is where it came in action ptitSeb, that practically writed the code that enable the game to stream music from  a .dat file using SDL_Mixer and also help me debug the game to use the correct libs from Codeblocks CLI. For the entire story go to this thread.

Now with this code we have a game that run using Allegro and SDL/SDL_mixer a mix that (i think) is never seen before...and this is working good. B)

Alien 8 is a remake of an original game released for Zx Spectrum by Ultimate Play the Game around 1985. The remake is programmed by Ignacio Perez Gil & David Olias Suarez and available at Retrospec site

You can change the controls in menu if you don`t like it.

The game is a bit hard (at least for me) and have a function to upload to retrospec site the best scores.

But i wasn't able to test it, if it work or not, if you made a good score please test and report. Here the page of high-scores http://retrospec.sgn.net/highscore/alien8

A couple of shots: 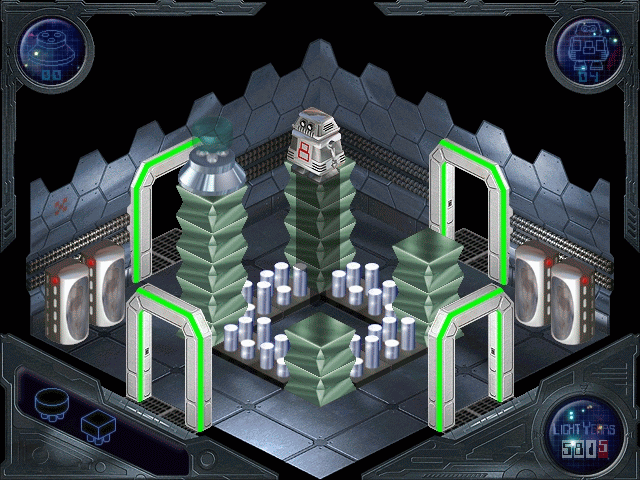 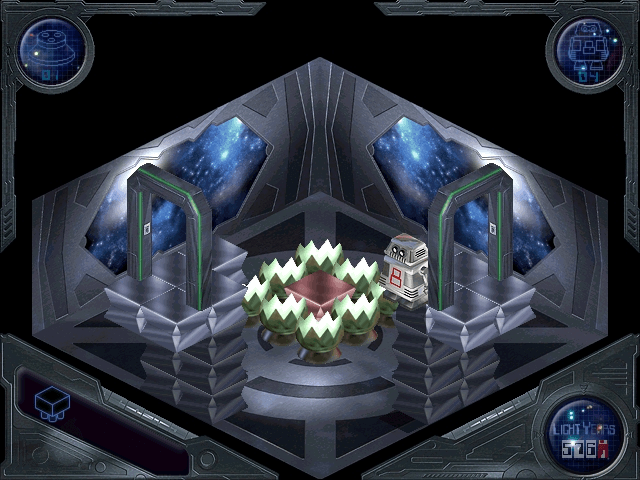 Cool.  I remember this game on the BBC micro.  Never completed it then, so maybe I'll get a chance now

@ Farox: grazie mille for porting that game to the Pandora !

It really looks good and the music is great, but it's so fracking hard !!!

Thanks to all for the nice comments...i know the game is really hard, maybe ( but i don't promise here) i could look at it, i think the first thing i'll look is jump routine.

Interesting, never heared of it, actualy I first thought there were only 4 "Alien" Movies yet, so how can there be Alien 8?
Last edited by a moderator: Sep 9, 2015

It was pretty big around the 8bits - made by Ultimate: Play the Game, which evolved into Rare with Chris and Tim Stamper.

Knightlore is another game from them in the same mould, and that was the first of its kind (barring other isometric adventures such as Sandy White's Ant Attack) and started a revolution in 3D gaming. If you can, check out the Spectrum versions of Head Over Heels and Batman - they're sublime.

Personally, I never liked Knight Lore or Alien 8 - I preferred their 2D games such as the utterly awesome (and massive) Sabre Wulf and Atic Atak. Inevitably a 3D game creator was released which made this sort of game, and the marked became flooded with crap.

Tom-Cat (from Retrospec) also made a version of Head Over Heels for which I have the C source code around somewhere, must see if I can port it - the engine was brilliant with all sorts of cool stuff like lighting and suchlike.

D.
You must log in or register to reply here.

Release Heart Of The Alien Redux