I bought Saviors of Sapphire Wings for Switch. There's some reason I didn't want this game before. I think maybe one Steam review claimed that you get punished for fully exploring the map, which I have a tendency to do in games of this type. This type being "Wizardry clone". I actually like how all first person grid based dungeon crawlers can either be classified as "Wizardry clone" or "Etrian Odyssey". Reminds me of how all fighting games are either "normal" or "Smash".

Anyway, I mostly like giving NIS money these days, more so than actually playing the game.

I recently discovered Barotrauma, an online cooperative exploration/submarine simulator. I haven't actually tried online though (only bots) as I only like to play with people I actually know for the most part due to too many bad experiences with griefing in other games.

Finished Grow Up 100%. Then had a look at Steam trading cards and saw one depicting a suit that I did not get in the game. Turns out it's an item exclusive to the Epic store D:

Edit: Finished Metro Exodus. While the rather open environment helps a great deal with immersion, I could have done with less walking and driving around. But all in all once again an amazing game. All the feels in the end. On to the DLCs!

Edit 2021-04-14: Finished the Metro DLCs. Both a bit sloppier than the main game - a few misplaced textures and minor mistakes in the subtitles - but still very good.
Also finished Runaway 3. So far I've enjoyed every title by Pendulo Studio, they have great humor. Poking fun at adventure games in general and the series itself in particular; and other 4th wall breaking shenanigans.

Edit 2021-04-21: Finished Dying Light base game. The parkour is great and works well. But it's open worldish and as such there's so much running around. And a lot of sewers and tunnels to advance the story in (civvie11 would have a blast). And the end boss fight is a series of frickin' QTEs. Reminds me of Headhunter on the DC, a bit lazy. And it's a bit shoddy to have multiplayer event messages pop up all the time, even in the boss fight. Oh well. I think there's a new one coming out, not gonna bother with it, as well as the DLCs for this one. It may be rose tinted glasses, but I liked Dead Island a lot more than Dying Light, even though it had a lot less going on. I guess this would have been a lot more fun in co-op. (Duh, most games are)
Last edited: Apr 21, 2021

i just finished Bioshock Remastered on Switch Lite yesterday,
the Endboss was quite easy, but the game was quite cool,

so i just begun whit Bioshock 2 on Switch Lite Yesterday,
you play as a Big Daddy, and there is a new Endboss etc
the overall Gameplay is the same, but you can now let your little sister gather adam and you have to protect them ..

I started playing Battlefield Hardline (single player), it's a bit over the top but I still enjoy it.
Especially as I have the option to arrest people instead of just shooting everyone, not completely like SWAT4 as it's still required by the game to shoot certain people and you aren't judged negatively on this.

Finished Hardline twice, I like that there's sneaking in this one. And the city maps with the vehicles can be a lot of fun in MP. Too bad I'm too slow for multiplayer shooters these days.

I fancied playing something family friendly for once so I'm currently playing The Villain Simulator.

Yesterday, i finished Super Mario Land DX on the GBA SP, in about a half hour,
originaly i wantet the unhacked version, but on the IPS Screen, Mario Looked too colorless, it were maybe ok on a original GB DMG, but for my Mario Projekt, i chosed this version..
Next Time will be Mario Land 2 (DX), but im not that shure which Device, I think i will play on the Pyra, because its got Bluetooth Audio and Savestates..

I finished Hardline and started (and already finished, twice) Battlefield 4 single player. It was a big story, lot's of action and some forced story between your team members. But it was entertaining.
Sometime it's a shame that you just drive by massive assets and can't have a look. Something that was a bit more possible in the much slower Hardline gameplay.

Still in my castlevania retrospective on the Pandora.
I skipped SotN (that I had replayed recently) Finished Circle of The Moon, the first GBA Castlevania. It's not bad but it's not very good either.
After Rondo of Blood, the change was harsh: the main character's animations lack a few frames and from the beginning I missed a dodge action that I never truly got.

The exploration part is nice: not too much backtracking or wondering where to go next. It's still quite linear though: you will generally unlock a whole new area that you'll get through linearly until you get to the boss and get something that lets you unlock the next area.
The problem is that walking through the screen isn't that interesting. Most screens are just corridors (horizontal or vertical) with enemies here and there. And most enemies aren't that interesting to fight. The bosses are okay
They also introduce a magic system with many different "spells" you unlock along the way, but the problem is that most of them aren't very useful, some spend too much MP to be something you use often and switching is a chore, so I spent most of my time using a handful of themB (except for bosses where it sometimes felt like you had to figure out which one to use).
The music is still nice, though.

After playing the older games, I get the change from linear platformers to the "metroidvania" approach: platformers where you have to "try hard" and learn the stages can get a bit repetitive (especially without save states) while here each play session let you go further. But while it was still interesting in SotN with platform sections and varied rooms, here it feels lacking in the platform/fighting department.

It's clearly a "first attempt", and if I remember correctly it gets better in the next games.

A bit Katamari Damaci Reroll on the Switch Lite,
I came to the 7.th Mission, but now I’m stuck as the times runs out 1 Meter too early..
a funny but not that easy game 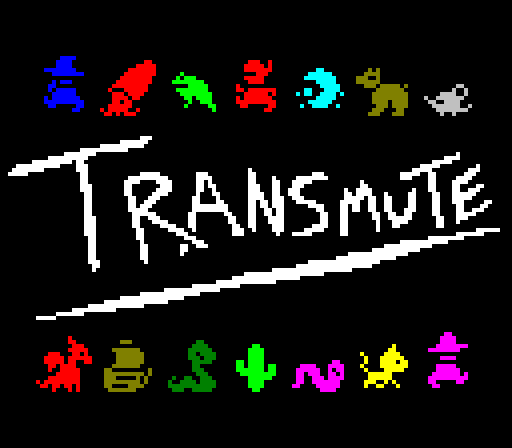 A game about transforming!

linker.itch.io
You must log in or register to reply here.

What Are You Playing This Weekend/these Days?

What Are You Playing On Your Pandora At The Moment?
2

What Are You Playing This Weekend? (Any Machine, Gph/op/whatever)
2

Sdk This Weekend For Gizmondo?