sleep is for wimps

Anyone notice a growing trend in console design these days

Nintendo also revealed that using Revolution's new Wi-Fi connection, gamers would be able to go online to a free gamer-matching service. Interestingly, in a move similar to Microsoft's Xbox Live Arcade service, Revolution users will be able to download classic and new Nintendo games over the Internet. Nintendo cited such examples as Donkey Kong and Super Mario Sunshine, which suggests that Revolutionaries could have access to games for all the publisher's previous consoles.
---

Sounds like the revoloution is going to be quite underpowered in comparison to the others!

Yeah but wasn't this pretty commonly thought already? Nintendo have seemed to go out of their way to de-emphasize the importance of graphics muscle in this coming generation and have almost outright said that they aren't going to try to make the most powerful system out there, that they are going to concentrate their efforts on making the games more fun and innovative.

And damn... ANOTHER ugly system... the pic is too small though so can't tell much but yeah I agree with the 'growing trend' part.

I'm still watching the video of the PS3 Pre-E3 press conference. This thing looks to have amazing potential, and graphically, looks to be a far leap ahead of even the best and most powerful of gaming PC hardware... this is gonna be great
W

how long did it take to design it,1 minute?i hope they didn't actually pay someone to do it
H

I actually kinda like it. Nice and sleek, like a shiny PS2. Probably my favourite design of the three so far. Bigger pics - http://www.eurogamer.net/article.php?article_id=59151
J

yeah, i think it's my favorite design so far as well.
and as long as the thing has default hdtv output, then it's good
K

I dont know where that leaves Nintendo.
L

I dont know where that leaves Nintendo.

Well, I'm open to anything (oo err), I have no allegience to Micrsoft, Sony or Nintendo. 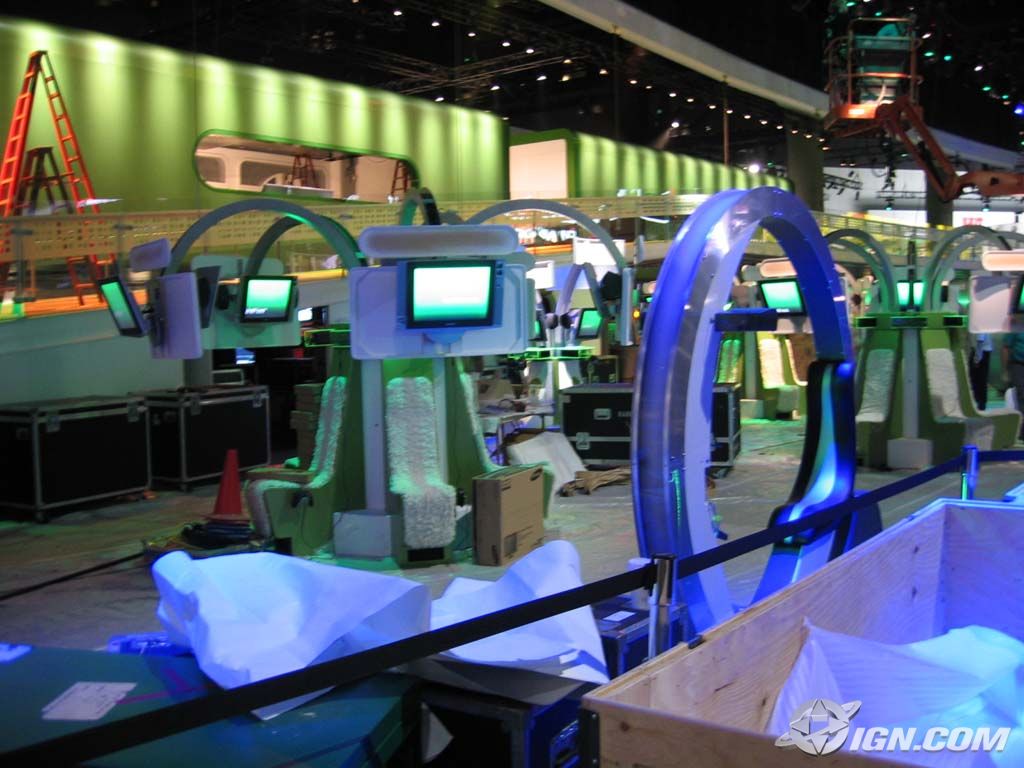 from IGN, pictures of the E3 show floor

All I see are the words "User posted image" :huh:
M

Location
one to infinity

Already I'm sick of hearing about the specs of the new consoles.

there has yet to be one backlash against the PS3, XBOX360 and Rev

there are merely 3 threads for 3 consoles so that people who do care can post rumours etc.
R

well c0ncept, while the sig is true. Market-wise, it's very -dumb- to release something vastly under the expected specs of the market.

Wow.. noly 2-3 times more powerful?!?!?!
I'm with you RoboJoe32, that is BAD news for Nintendo man... most consumers are probably just going to look at the graphical leaps of the next two systems and brush the Revolution aside... I hope not.

I dont know where that leaves Nintendo.

Honestly the PS3 absolutely blows everything else away. The moral? Don't fuck with Sony, they will DESTROY you. I am suprised that the cought Microsoft and Nintendo napping like they did. With all of their money and they will release a system half as powerful as the PS3. I would have thought it to be a little closer in power. 360 stuff looks like buffed up PC games, the PS3 stuff looks real. I have a feeling that the 360 will bomb. Everyone will just wait on the sidelines for the better PS3, it is only 6 months away from the 360, and it even plays HD Bluray movies. If I were MS I would scrap the 360 now and either get out of the game business, or come back in 5 years with some real hardware.

And before you lable me a Sony fanboi, in this current generation I like the Xbox best, I haven't touched my PS2 for a year.
Last edited by a moderator: Feb 3, 2016
A

3 times more powerful is enough, look at the current graphics, they're highly detailed, some games blow me away. loading times don't bother me at all anymore.
Games will only be made well if companies spend the time to make them well. And I can't see any company using all of any of the next generations specs because it'll just be to time consuming for effects that don't make that much of a difference with the preview pics I've seen.
With this design, I belive the PGC more too. I love the look so plain and stylish.
M

nintendo must have something good in the pipeline, becase if there console can only play games in the same way the xbox360 and ps3 can then its gonan blow

A can of spam!

Just watched the Ninty conference, though I missed most of it. I'm a little annoyed that they revealed so little about the Revolution, but what they did say impressed me. It looks astounding, and the ability to download nes, snes and n64 games to it sounds brilliant.
Judging by the screenshots of Xbox 360 and PS3 games (some of which were clearly not in-game footage), I wouldn't be surprised if the Rev had comparable graphics. I mean what game is ever going to need 35 times the power of the xbox or whatever? They will be able to astound us with smoother curves! Realistically animated grass! And needlessly shiny cars! I'm certainly not holding my breath.

So...um..heh...whats so revoloutionary?
You must log in or register to reply here.

Dec 7, 2009
Exophase
E
R
A Bit Of Parody/satire On The Three New Consoles.

John Carmack says iPad 2 is about half the power of PS3?