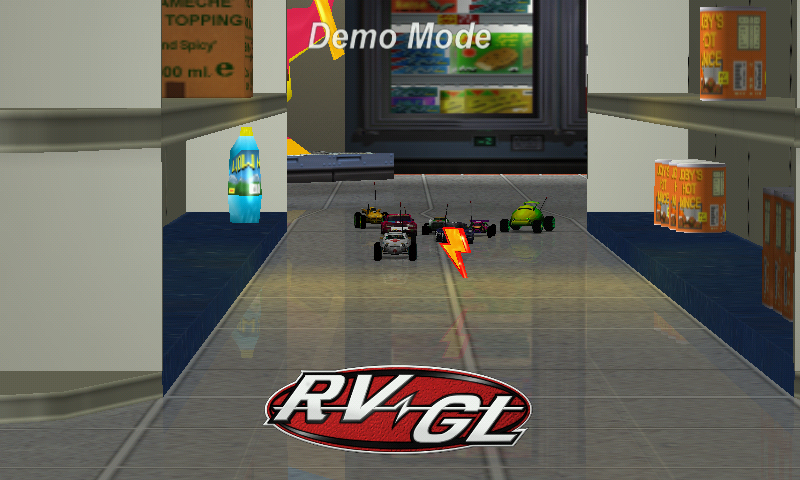 The games need data files from the PC Version of the game. Launch the PND 1 time to create the apddata folder, then copy all the folder of a regular installation to appdata/rvgl. At first launch, the script will automaticaly adjust the installation (mass renaming to lower case if needed, adding a few custom files).

The game is fullspeed on Gigahertz model (like 20fps+). On other model, go to Option|Video|Config menu to reduce some details (like Reflection and Shadows for example).

The default keymap is adapted to the Pandora, but can be changed at will.

Also, Nub can be activated as joystick by editing left_nub (or right_nub) and putting "absolute" inside (but for now, you willnot be able to compine both nubs as they are seen as separate joystick).

Awesome port ptitSeb, many thanks for your hard work. Many thanks to Huki too

ptitSeb said:
And thank you @Faust for the idea and the "middle man" role
Click to expand...

I'm glad to be useful pal, as I'm not able to code, it's the bare minimum I can do!

If someone can do a short video while playing it on Pandora, from far enough to show the Pandora running it, I'm sure Huki would be glad to watch it.
Last edited: Feb 28, 2016

yes! thanks so much ptitSeb for all your awesome ports and listening to suggestions! And thanks to Faust for convincing the devs, that we are cool people worthy of a re-volt port! Not a lot of people actually do write emails asking for sourcecode and get it in the end!

Time for some racing... I wonder if my fiancee will like this game, she digs mario kart on gamecube and likes to play "3d ultra radio control racers" (possibly the worst title for a video game ever) or for the Germans: "Funkflitzer"

Awesome! Can anybody take a little video please?
?

Sadly I can't get the game to start. I used a dataset from a "portable" release that I aquired... ahem... for testing purposes. the engine tells me "gl context could not be created". I am guessing it's my data, so I'll try with an actual installation from cd once I can find my original.

xnopasaranx said:
Sadly I can't get the game to start. I used a dataset from a "portable" release that I aquired... ahem... for testing purposes. the engine tells me "gl context could not be created". I am guessing it's my data, so I'll try with an actual installation from cd once I can find my original.
Click to expand...

GL Context could not be created? No I suspect it's not an issue with the data. Maybe try to clear the "profiles" folder, it may try to open a screen with a too high res?

I own the PC Version...will make a Video soon
Thx for porting it

lol exactly my problem...
@ptitSeb I checked again after emptying the profiles folder and still the same problem. I was giving you the wrong error message though.
The error I am getting reads: "Unable to make GL context current"
And the rvgl log inside the profiles folder tells me that rvgl.ini is missing from said folder. So I guess it's not being created at first start for me, for whatever reason. I'll try finding my cd tonight. If someone would be so kind as to post their rvgl.ini from .../appdata/rvgl/profiles for me to test with, that'd be great.

@xnopasaranx : still strange. I never had this behavour.
You should:
* be sure your 3D driver is up and running (try another 3D game, restart your pandora, re-install 3D driver)
* be sure all data in your appdata/rvgl folder is lowercase (unless you are in a fat32 sdcard)
* be sure you didn't put any x86 linux files there in case you tried your data with the pc linux build of rvgl
* be sure you put only the folders of data and not any files from the "root" folder of the window install.

Same error as @xnopasaranx "Unable to make GL context current" 1Ghz Pandora on SGX 4.10
Tried all the above, nothing worked

Ooooh, I think I know what's wrong. I have a mistake in the runscript.

I'll make a new version soon, but in the mean time, downgrade to 4.03 driver (for Gigahertz owners) and it will works.
?

alright! will try this immediately!

So, the build is on the repo. But it not only fixed the compatibility with newer SGX driver, it also feature a better networking code from the author (to try fix the timeout during the wait when 1 client take much longer to load a level), and some support for Adjusting Gamma. I hacked SDL2, using the op_gamma.sh script. It's crude, but works (and other SDL2 will benefit of this later).

you are off the hook! how many ports have you got on your counter? Great work, thanks to you and huki for making this engine available to us!

xnopasaranx said:
how many ports have you got on your counter?
Click to expand...

271 according to the repo.
You must log in or register to reply here.