Here is Serious Sam The First Encounter, the launcher for the game from croteam. 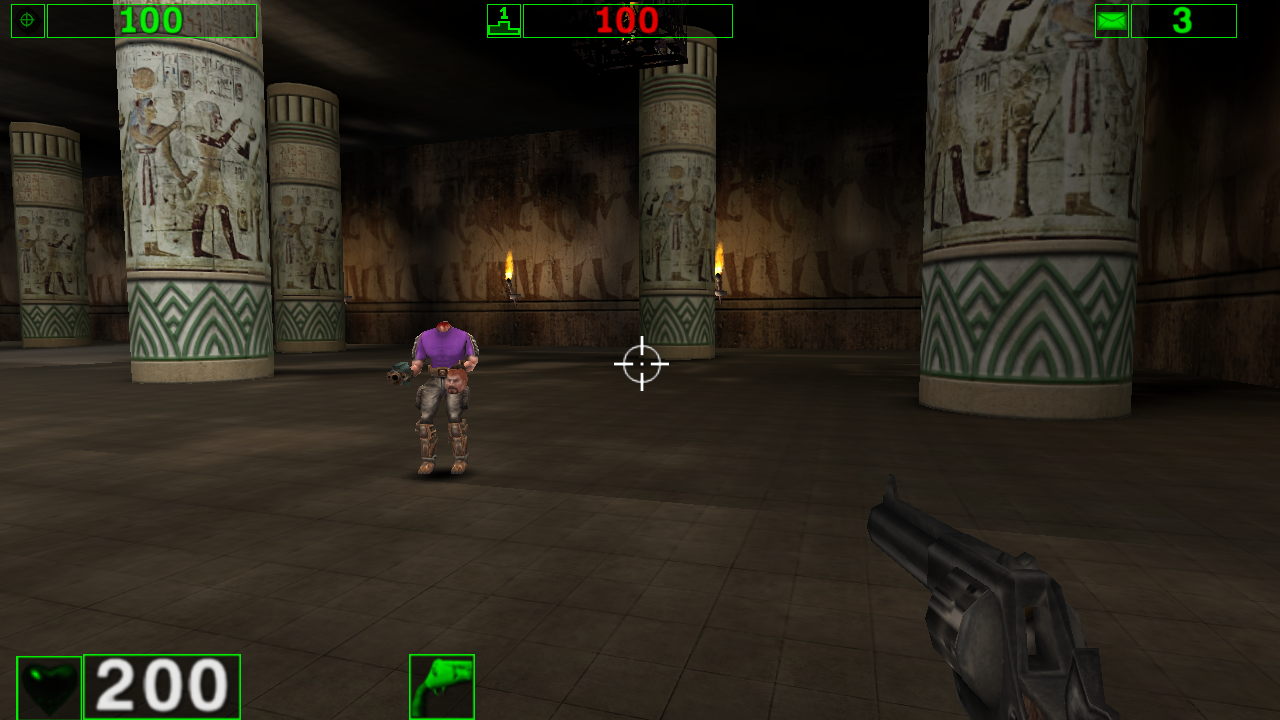 You need the data from the full game to play this one. Just compie all the folder exept the Bin one to appdata/serioussam_tfe
If you don't own the the game, you can find a dbp with Dema data here.

Those dbp use switch the nubs functions and use main shoulders as mouse buttons. Keymap should be adapted to Pyra for a plu'n play experience.

cjam said:
I'll just link how back in 2016 ptitSeb transformed the Serious-Engine run on linux. https://github.com/icculus/Serious-Engine/pull/11
Click to expand...

Fun seeing the correspondence with Icculus on this.

Well? Hows the performance on Pyra? In the Pandora thread people reported it being a bit slow.

Does it also build/run with USE_SINGLE_THREAD set OFF (and pthread enabled)?

[Edit]
(much deleted). I can't figure out where to put game data. Do i really need to unzip the .gro and create Classes directory in root of Serious-Engine directory, containing the .ecl files?
[Edit2]
Running ssam-tfe requires first building ssam (which is for second encounter (se) apparently). Otherwise ssam-tfe errors-out missing libEntitiesMP.so libGameMP.so.
First build was with gl4es, which fails to initialize screen 4 tries out of 5. When it does work, it's fast (video attached).
[Edit3] where is it storing graphics settings on the filesystem?

cjam said:
Well? Hows the performance on Pyra? In the Pandora thread people reported it being a bit slow.

Does it also build/run with USE_SINGLE_THREAD set OFF (and pthread enabled)?
Click to expand...

It's really good IMO, no noticeable slowdowns. That said on my 1GHZ Pandora the game ran really well, completed it without issues, well outside a flaky left nub. Second Encounter on the other hand did have a little sluggishness compared to the first.

This is strange and confusing. If a game isn't finding datafiles, it's helpful to report to user where it's looking for them.
Click to expand...

Don't forget to remove "ModEXT.txt" if you are running The First Encounter.

After enabling widescreen mode under video->rendering options, i can't disable widescreenmode without a crash. Where is it saving the settings?

cjam said:
After enabling widescreen mode under video->rendering options, i can't disable widescreenmode without a crash. Where is it saving the settings?
Click to expand...

It should be in "Scripts/PersistentSymbols.ini"
You must log in or register to reply here.