@directive0 - Amazing project, plus the video presenting it is really well done. Only wish my projects ended up finished like this. 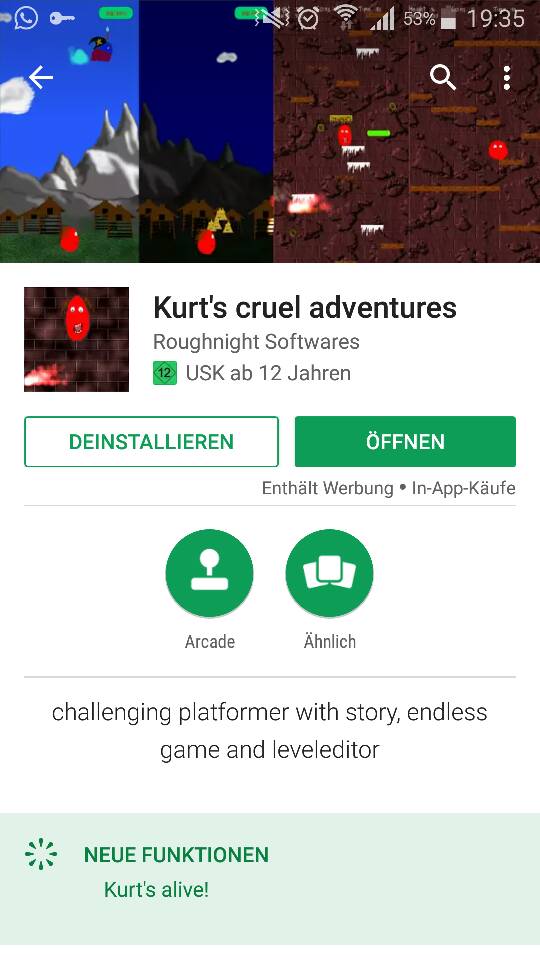 DrHAX said:
View attachment 30899
So i got it fixed. Doing this wasnt hard, but figuring out the final wiring was. All of the people who have repaired theres did not give good information about the wiring. Granted they're all artists lol. So i dont have photos of the process but I took the pictures of the zenbook mod and copied that. i broke open the original cintiq powersupply and replaced the cord. the case is all mangled and busted up, but it works.
View attachment 30900 View attachment 30901

I found out the generic MagSafe charger also works! I am so excited the only thing I loose with this mod is the micro sd card slot due to the cords going under it.

Now I have my cintiq with visual suite back!
Click to expand...

i am so happy right now! 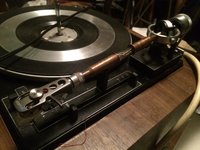 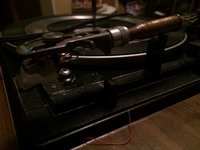 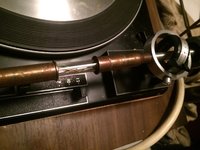 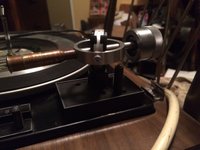 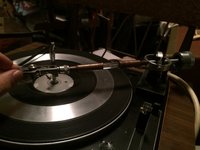 So what you guys are looking at is a 1970's Panasonic SD-85, that now has a BIC 1900 tone arm (Also 1970's) modified with a technic 1200sl connector for the head shell, some acrylic tube that matches the dimensions of the original technic arm, and two copper washed steel cases from Soviet Surplus silver tipped 7.62x54r steel core ammo. Made in 1976. Also it has a NOS Stratton 500 cartridge and headshell.

It actually sounds pretty good. I just need to get some speakers for it!

What I did is I removed the original tone arm and rest and installed the BIC one. Found out the technic connector was too large. So I bought the tubing going via DJ forum measurements. Found out the ID was way too thick. Tried to drill one, it either melted or cracked. It took me forever to figure out what to use as a copler, i was wondering what I had around that was the same diameter strong, and preferably steel. I saw a 30-30 brass casing sitting my desk and the light bulb lit up. In the bottom of my desk is a box of the original casings I shot years ago. Slid it the connector into it and had that Eureka moment. Drilled a 1/2 hole in two cases stuck them on, trimmed the acrylic rod and used a pinch of brush on super glue (after resoddering the wires to the connector.)

So why all of the work? I now have a compliant, balanced tone arm with anti skate on my first record player I ever bought. So I can truly enjoy my vinyl records fully. Also I really like how it looks. Part of me is disappointed I wasn't able to figure out how to get a an LED into build. I do have red vinyl wrap my EX left behind which I will be throwing onto the deck to cover up the holes.

Hey I tried to download your app but couldn't find it!

CptnRoughnight said:
Oh shit -.- i will look into it, as soon I'm home. Btw, which country you live in?
Click to expand...

I see.yeah, definetly my fault. Will be fixed tomorrow evening, I'm sorry!

Sorry for the long wait, should be fixed by now! Now worldwide available! Have fun!

CptnRoughnight said:
Sorry for the long wait, should be fixed by now! Now worldwide available! Have fun!
Click to expand...

Cool I just gave it a shot! Pretty fun game, I like the swipe-to-jump mechanics!

I've decided to make good on my promise to myself to learn to program. And I'm currently making a game which is a throwback to the old crosshair shooter games like Blood Bros and Cabal.

Much of the core engine is now done, I just need to add a few small things and build the levels. My art skills are mediocre at best, but I'm pleased with what I've accomplished with the graphics so far. The bit I'm least looking forward to is adding sound because my musical ability is much less than my drawing ability, so I'll probably just borrow some free music and sound effects and use those.

My progress has stalled recently, though I've not lost interest. So I'm hoping that making this post will give me the kick up the backside I need to pick it back up.

Location
Somewhere between the Sun and Pluto

I finally had enough time to work on the gameboy to oscilloscope adapter.
It is much better now. In fact, it would be playable if I had a controller attached to the gameboy.


This time the circuit is using binary counters to advance the beam forward for every pulse from the gameboy's pixel clock. Although, this means my circuit is 1/4 pixel behind, which is evident by the vertical bars on the sprites. I should be able to make those bars thinner by changing my 16MHz crystal to a 50MHz crystal.

All in all, I'm getting close, after I get the bars thinner, I need a good contrast control, and I need to figure out how to interface an unmodified nes controller with the gameboy (the old fashioned way, so no MCU )

Oh hey, I forgot about this thread again.

People in the Pyra IRC channel were accusing me of not being able to program, so I made a git for my latest project, a game called Hero Grinder.

As you can see, it already has way too many classes for what is still just a title screen. Eventually it will be some sort of Monster Rancher clone with heroes instead of monsters, or maybe not, who knows?
[doublepost=1504688820,1504679870][/doublepost]Wally just helped me fix some errors that kept Hero Grinder from compiling on other systems. Thanks, dude.

Can you explain more about how you did this? Your moth looks like 8 sprites. Is the snow circles that get plotted, or do you use a raster trick to hold 104 extra sprites?

Quick update.
Couldn't make drag-drop extracting in my DOS disk image manager. When I made it work with KDE, it failed on TDE, when I made it work on MATE, it failed on KDE and all methods failed in smaller file managers. Left as is and made it remember last extract location. Added a reasonable file preview (i.e. displays in text and in hex).
Still cowardly avoiding refactoring my directory tree forming code . It works, it doesn't fall apart... I hope it won't survive as long as if-ladder (fixing buggy MRU list) in QtICTester.

Finally built a serial terminal module (with 2x16 LCD) for my RAM/IC tester using ATMega8. Tried to overclock the tester module. It was crashing with 32MHz generator. Peek into docs, well, it's ATMega328 which won't work on such high frequency, so I bought a 24MHz ordinary crystal. Finally made it work stable without overvolting at 24MHz. Another peek into documentation - its maximum frequency is 20MHz. OK, I hope it won't crash.

pressure cooker cheesecake! very creamy, and none of the bitter burned parts that oven cheesecake has. used my new aluminum push pan but still destroyed part of the crust :/ i bet i didn't use enough butter (was eyeballing it bc i ran out of measuring cups). next time i'll coat it with chocolate :3 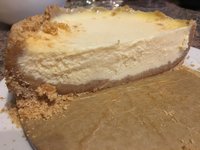 Finally the memory tester works!
This is a picture of a development prototype I made: 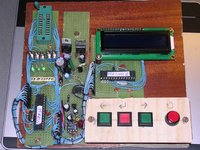 I know that it's not compact and it's not meant to be compact. It's made to introduce modifications easily, not to be enclosed in casing.
Tested with all supported DRAM chips except 4116 and a few of TTLs I had good and bad, so I pushed code to my Github, yet I need to repair a few microcomputers with it to start recommending it. I also merely remember I had to do something important with POWER GOOD signal I have "temporarily fixed" with delays .

Here is a small racing game that I made with my game engine.
If you want to try here is the link: https://www.dropbox.com/s/pbiip0on8v7sw7k/Racing Game.zip?dl=0
You must log in or register to reply here.

S
Projects That Seemed To Disapear