The reason is: They need to go with the popular form factor right now, and that form factor is the Nintendo Switch form factor.

Nintendo said:
They need to go with the popular form factor
Click to expand...

I don't think that's true. Probably one more of practicality, and a lid would add extra complexity and cost for little benefit (cases and protection can be sold separately)

Without the lid they can use bigger and better sticks.
The Steam Deck does not need a hinge mechanism.
Maybe even the slider in the Win 3 is easier for them to design than a hinge.
It's both I guess: Simplicity and functionality.
They sacrifice portability as the sticks prevent me from taking my Win 3 with me in my pocket.
Not because my pocket is too small, but because I fear I might damage the sticks.

For the Steam Deck that is not an issue.
They designed it with ergonomics first.
With those grips that device would never fit in a pants pocket.
So they have no reason to increase thickness and complexity by making a clamshell design.

If you look at the Win 3, I don't think it'd be possible to cover the sticks, make the device small and include the cooling and battery they included.

For me clamshell is nice if you focus low power and portability like the Pyra.
As soon as you want big sticks, ergonomics and power, that design won't fit (as long as you want to stay small. Win Max is big)

I remember being unsure about the clamshell design when switching from the Zodiac to the Pandora. I got used to it quickly. Both have their pros and cons.
The size is more problematic to me. I like a device I can fit in my bag with the rest of my stuff (like my Pandora or my GPD Win 1). Having to carry a separate bag just for the handheld is less convenient.

This is not a handheld for putting in your pocket. If you want to take it anywhere you need a bag, like a rucksack or a messenger bag.

Linus is a very lucky person

Finally, after 30 years there's a proud successor for the Game Gear !!
Click to expand... 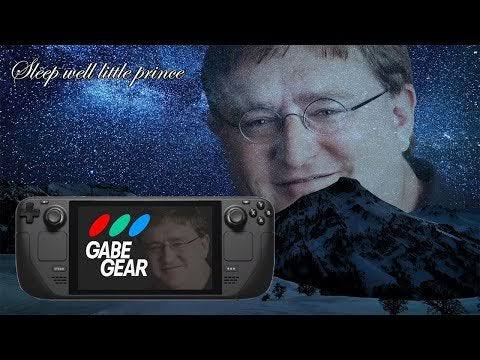 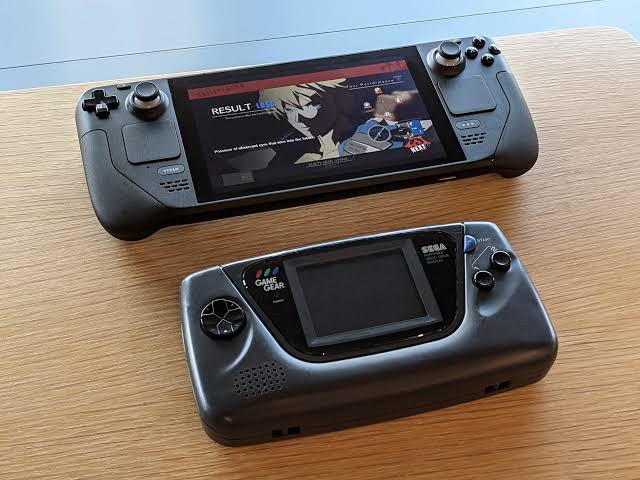 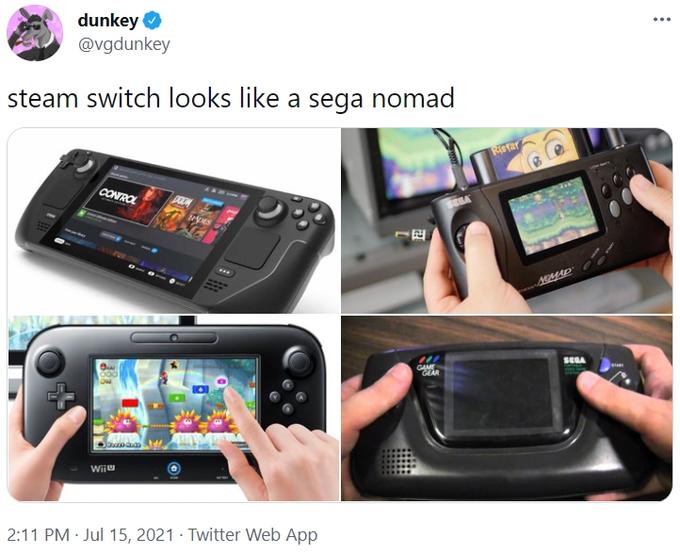 Probably the first of many to come...

"There will be an API that game developers will be able to call to say, 'Is this Steam Deck? If so, use these settings.'"

Wy do we have 2 Steam Deck Threads? Is there a reason or could both be merged? So we don't have to watch 2 different threads about the Valve Handheld - for practical reasons.

do we have 2 Steam Deck Threads? Is there a reason or could both be merged? So we don't have to watch 2 different threads about the Valve Handheld - for practical reasons.
Click to expand...

Because my friend forgot how to do a manual search to see if there were any existing Valve or Steam handheld threads around.

To me it's really sad how much attention Valve gets and how little GPD and the others that came before.

That said, I like a lot what Valve is doing, especially pushing Linux.
That OS looks super user friendly already.
What I'm still concerned about is how that ties people eve more to their ecosystem.
Now imagine if GOG did such a move

Those controls are also brilliant.
If the Steam Deck will have some impact on the industry I hope it'll be those grip buttons finally becoming standard for each controller.

Unfortunately the Deck is too big for me.
I'm hoping for GPD to keep releasing smaller devices.

Askarus said:
To me it's really sad how much attention Valve gets and how little GPD and the others that came before.
Click to expand...

And even GPD & Co. get a ton more attention than the Pyra. The world is unfair.

Unfortunately, money talks in this world

I guess it's more about usability and "niche" topics than money. For instance: we can expect that the Steam Deck "just works" when it comes out. You can use it like a PC and play your beloved PC Games on it. Unlike Pandora and Pyra. So of course this comparison is actually a little bit unfair. Apples and Oranges.
It is possible that the existence of the Steam Deck will also bring the attention to various China devices with comparable specs and function. Linus has a wide audience and he already brought his Aya Neo to compare with the Steam Deck. This may make people curious about these kind of devices. Which is a good thing imho.
Last edited: Aug 8, 2021
You must log in or register to reply here.