matzesu said:
I got the Windows Zoom now running via Box and Wine, allthough i think as long as the Firefox Plugin works out of the box whit OpenGL, and i ditnt had luck whit Direct X yet, i will use the Debian 11 Firefox on Sunday more likely..

One Question: When i want to shoffel Game Data on Pyra for the Ports, par exemple for Theme Hospital, will i need Direct X, or could i just install the Game whit the Files from GOG via Wine Explorer and copy and paste the Needed Data?

And i couldnd open Wine CFG yesterday, i dont know why, i allready changed something on the Library for Direct X (D3D or something), nothing else..
Maybe tomorrow i will post the Log File when i found out how..
And i ditnt found out how to install wine Tricks yet....
Click to expand...

Install winetricks, from https://github.com/Winetricks/winetricks readme:
create a file, in your home, with this content:

Code:
named it meh.sh for example
than do

Code:
And it should install winetricks.
try it with

Code:
(PS: Why Zoom on Windows when I took the time to list all the steps to install the Linux version of Zoom?)

(PS2: Stop messing with DirectX, it's Wine, not Windows, so dx stuff are already there)

Well, because i wantet to test if i can install something whit wine, and on first try it ditnt run..,
I spoke to our IT Expert who runs Shop PCs and he also said that the Zoom Client isnt that neccessarry
Tomorrow will be hopefully a new Pyra Video, and i will see when i get the Time to get 3D Stuff Running over Wine Tricks..

Whit this Farming Sim Switch Money Glitch, im now not that much in need for the PC Version for now ^^

I think your tables could do with a note saying 'bigger/smaller numbers are better' for each case. It's not clear to me whether the numbers are time to completion, or average fps where that applies, or a count of how many times you can do it in 10s.

levi said:
I think your tables could do with a note saying 'bigger/smaller numbers are better' for each case. It's not clear to me whether the numbers are time to completion, or average fps where that applies, or a count of how many times you can do it in 10s.
Click to expand...

I can add a "the bigger, the better" as a legend to all the tables

Not for the Pyra (but for the Phyitum mini PC), with both box64+box86 (and vulkan), I've got SteamPlay running (so windows games running on proton with steam). 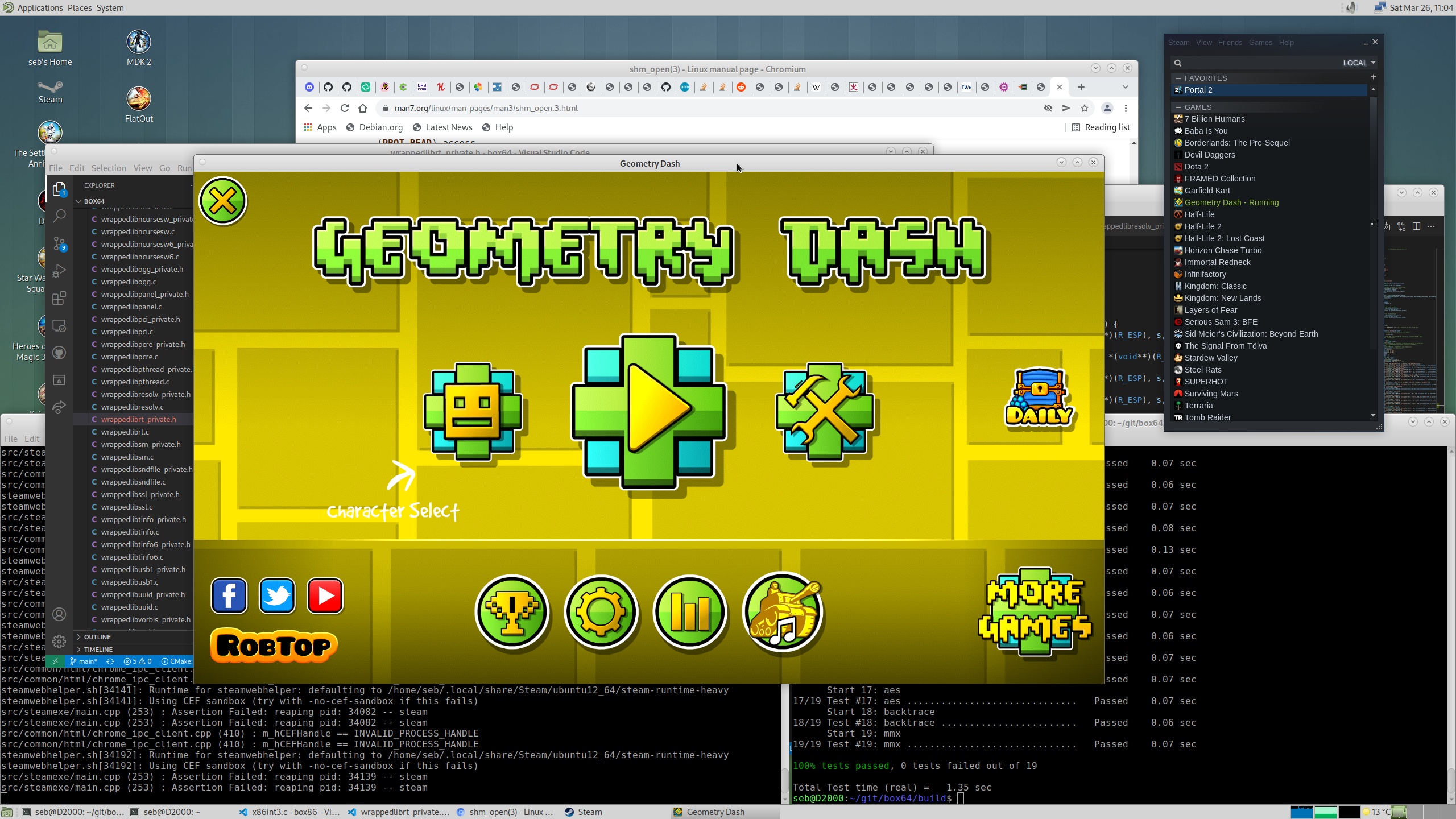 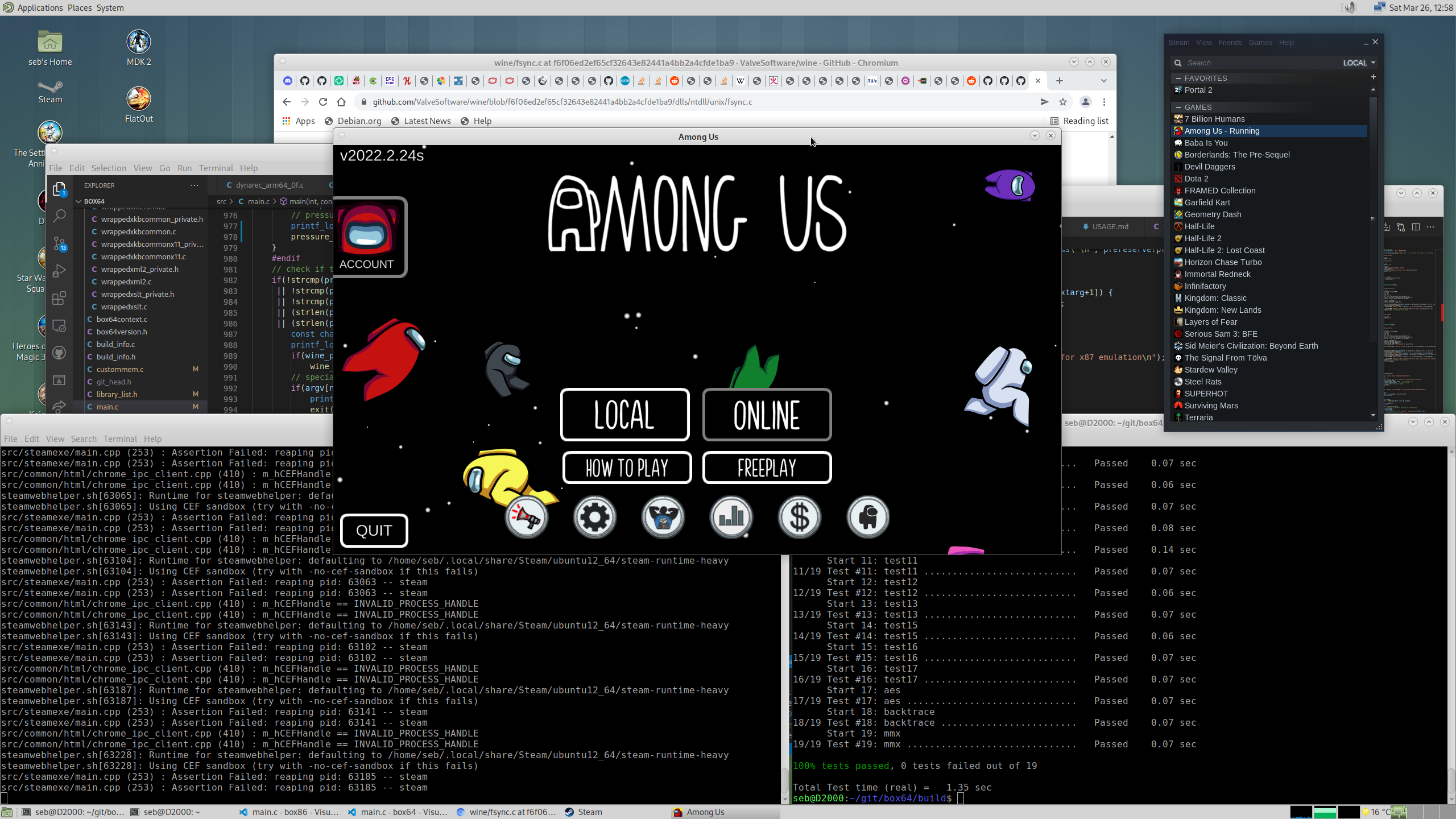 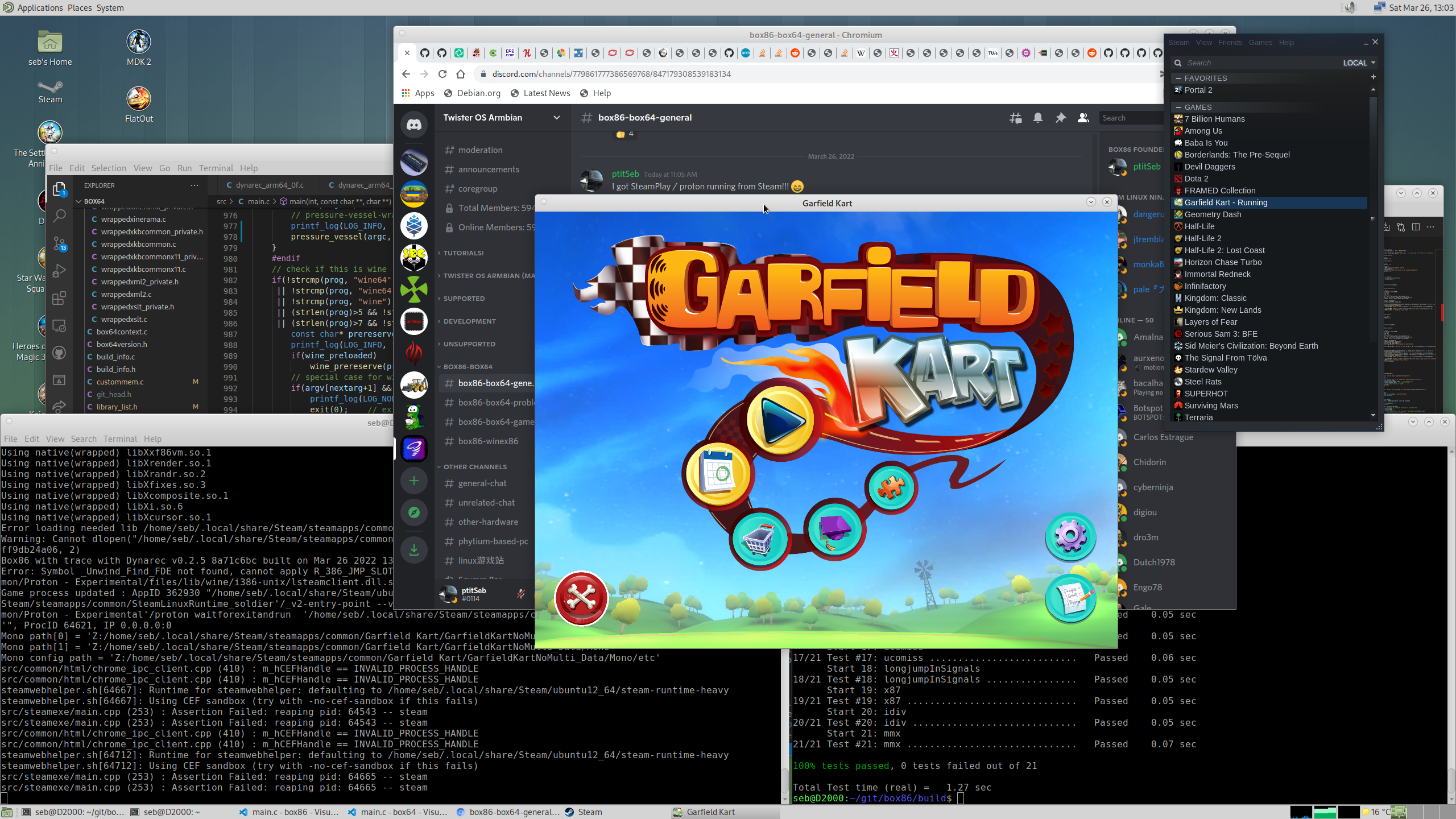 So Steamplay is a Software to run Steam Games on Linux, whitout the need for Wine Tricks and Direct X9?
Would be cool to get Farming Sim 13 to run..

matzesu said:
So Steamplay is a Software to run Steam Games on Linux, whitout the need for Wine Tricks and Direct X9?
Would be cool to get Farming Sim 13 to run..
Click to expand...

It's the user friendly name for Proton, Valve's project combining Wine, DXVK, and a few other projects together to get games to run. Someone has developed ProtonTricks for it because Winetricks needs some fiddling to work with it.

So there is. This place is faster than my RSS feeds!

New version tagged for both box86 & box64. And the news is on Phoronix

I've compiled the latest versions of gl4es and box86 on my Pandora yesterday. It seems that I can no longer run things with wine, I get an error about kernel32.dll failing to load. It used to work before (I just realized that I should have checked with an older box86 binary to ensure I'm testing with the command line that used to work, but I think I do).

I didn't notice any other difference (maybe a slight performance improvement, but I'm not sure), but I'll try to expand my test set a bit.

I'll try to check. But my main dev. pandora (GHz model), is dying (both battery and lcd cable), so I don't use it too much lately.
My guess is that the new mmap allocation scheme is failling for some reason, but I don't see why it would on the Pandora specifically.. So maybe it's something completly different. I'll robably need to debug.

Sorry about your Pandora. My LCD cable was dying (along with the case), but Linux-SWAT transplanted a new one.
Thanks. Let me know if you want me to test things for you.

End of next week is Pfingsten (Pentecôte. Pentecost) , so enough time to screw around whit Box86 on Pyra ^^

I ditnt want to continue whit Box86 the whole last time because of this not that good experience i had on Phytium, as i wantet to start whit the more difficult stuff (Wine) , and ditnt used tiny stepps by starting whit Linux Games..

Follow the readme, there is 3 command to paste and than it will be update automticaly each time you "sudo apt update && sudo apt upgrade"

Once box86 & box64 are installed and working (simply use "box86" and "box64" to see if they launch and print the default help), you can install steam with a simple script here https://github.com/ptitSeb/box86/raw/master/install_steam.sh
download it, make it executable and launch fro command line, steam will install.

I allready have Box86 installed on Phytium, but something went wrong whit the Wine installation..

But well i have some Games on Steam from the Windows Versions so I could try this Linux Steam maybe Thursday ..

it's better to also have box64 for steam, especially if you want to use proton.

Some new game I got working with box86+box64 (mostly running on the Phytium MiniPC, but many works on PI or RK3399 sbc too) 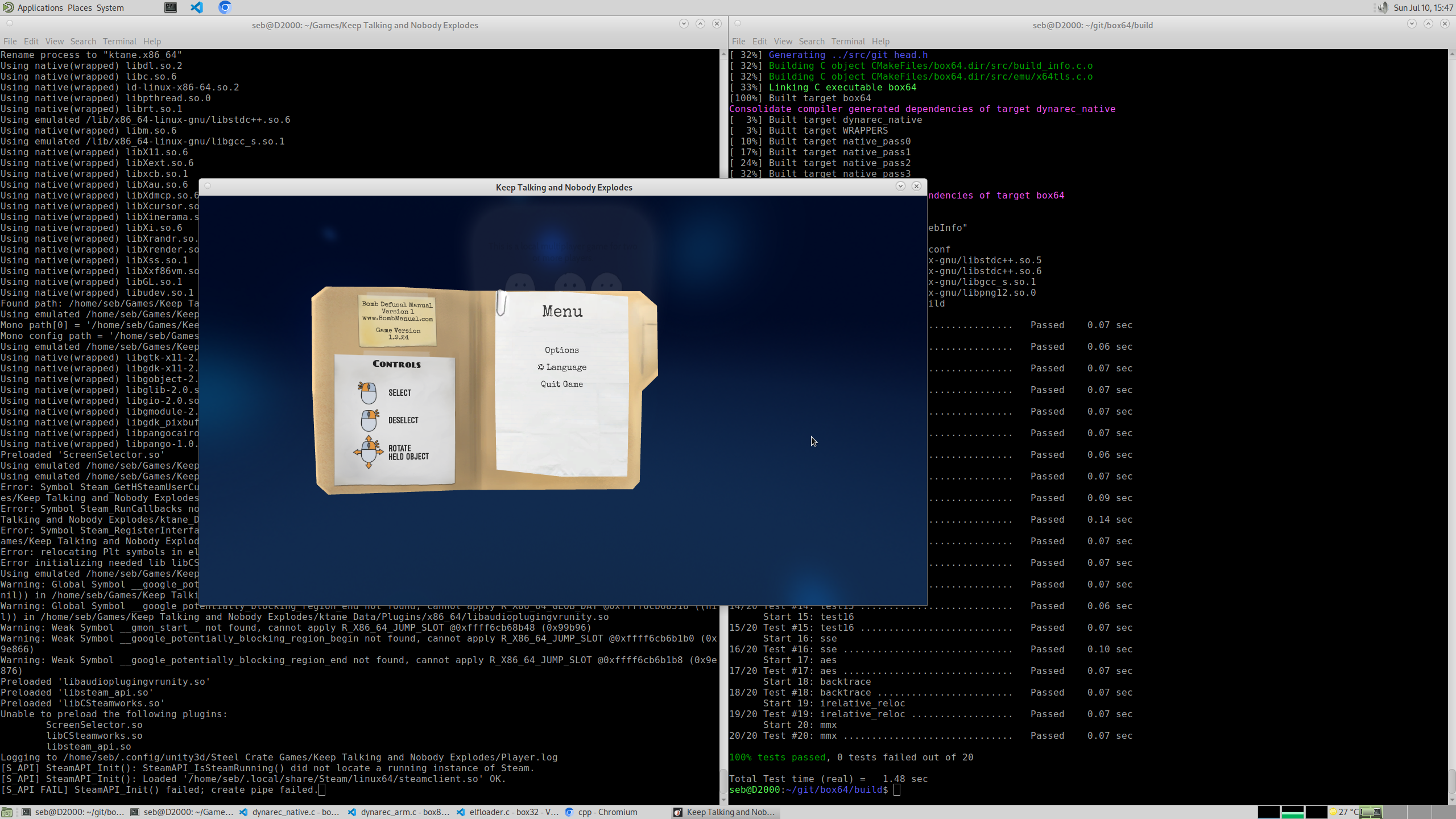 Keep Talking and Nobody Explode (Linux version / box86 or box64) 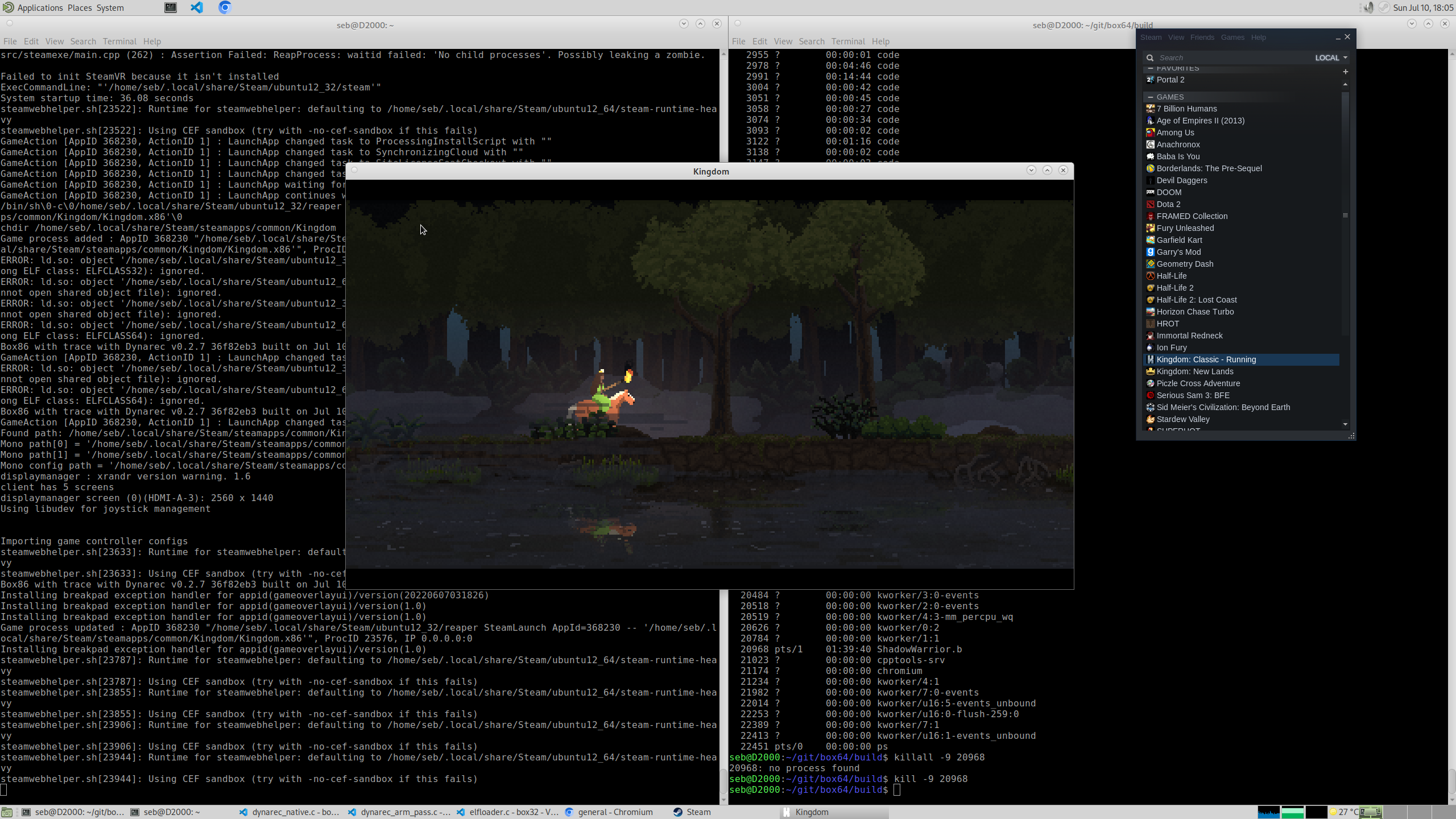 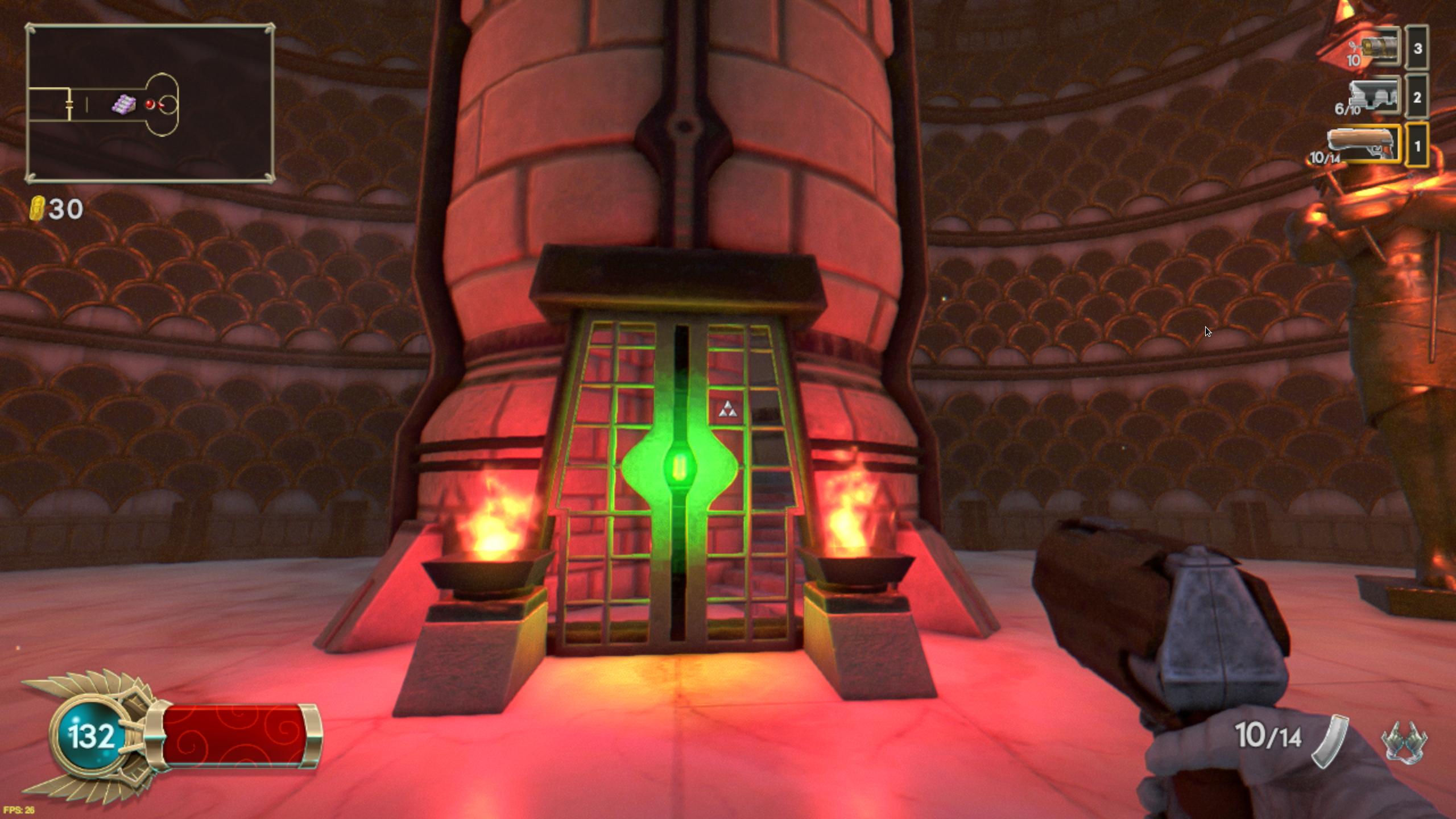 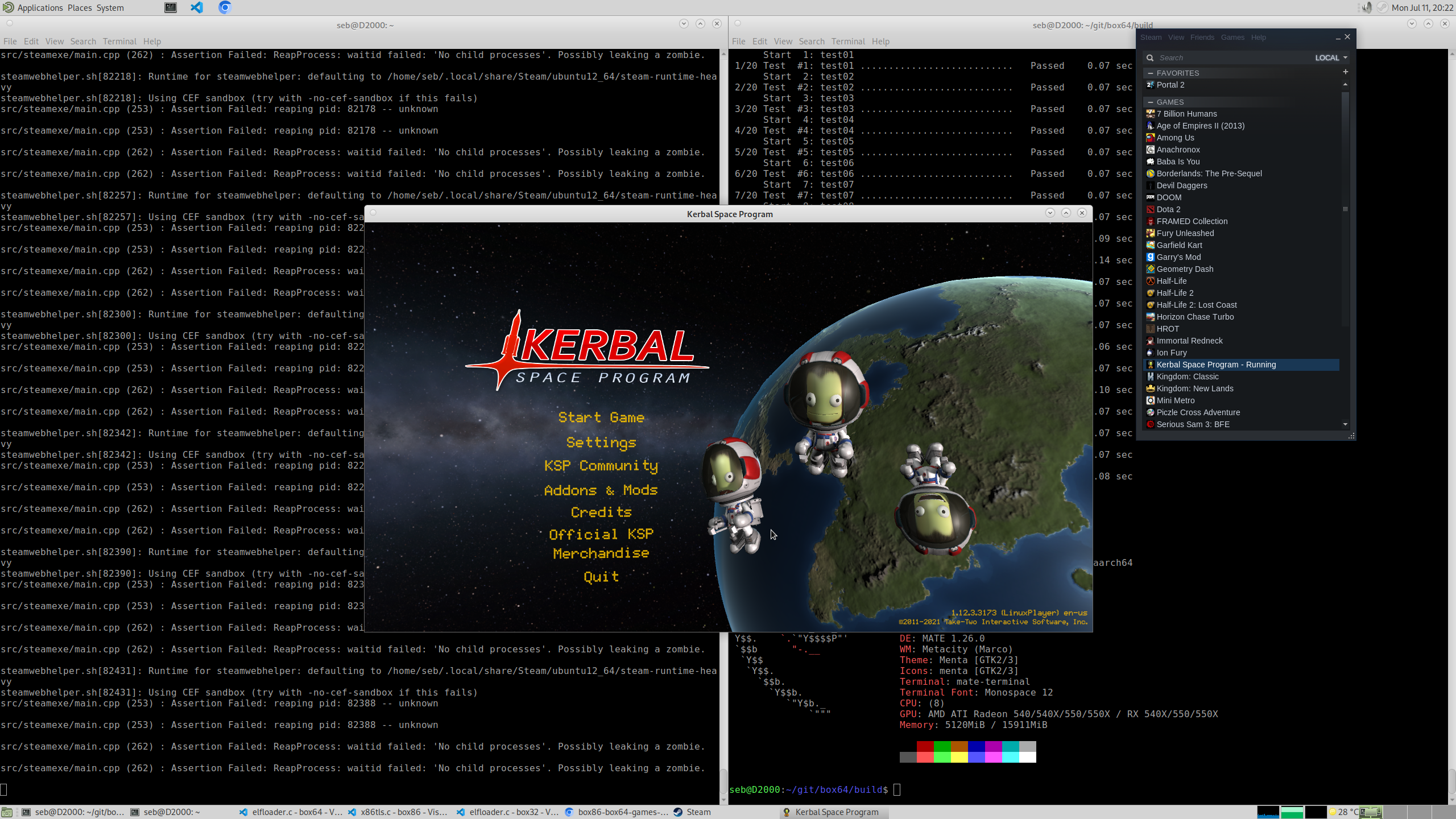 Kerbal Space Program (Steam version / box64). It seems it also work (a bit slowly) on RK3399 sbcs too. It doesn't work on my PI/400 (lack of bc7 texture compression support in the GPU) 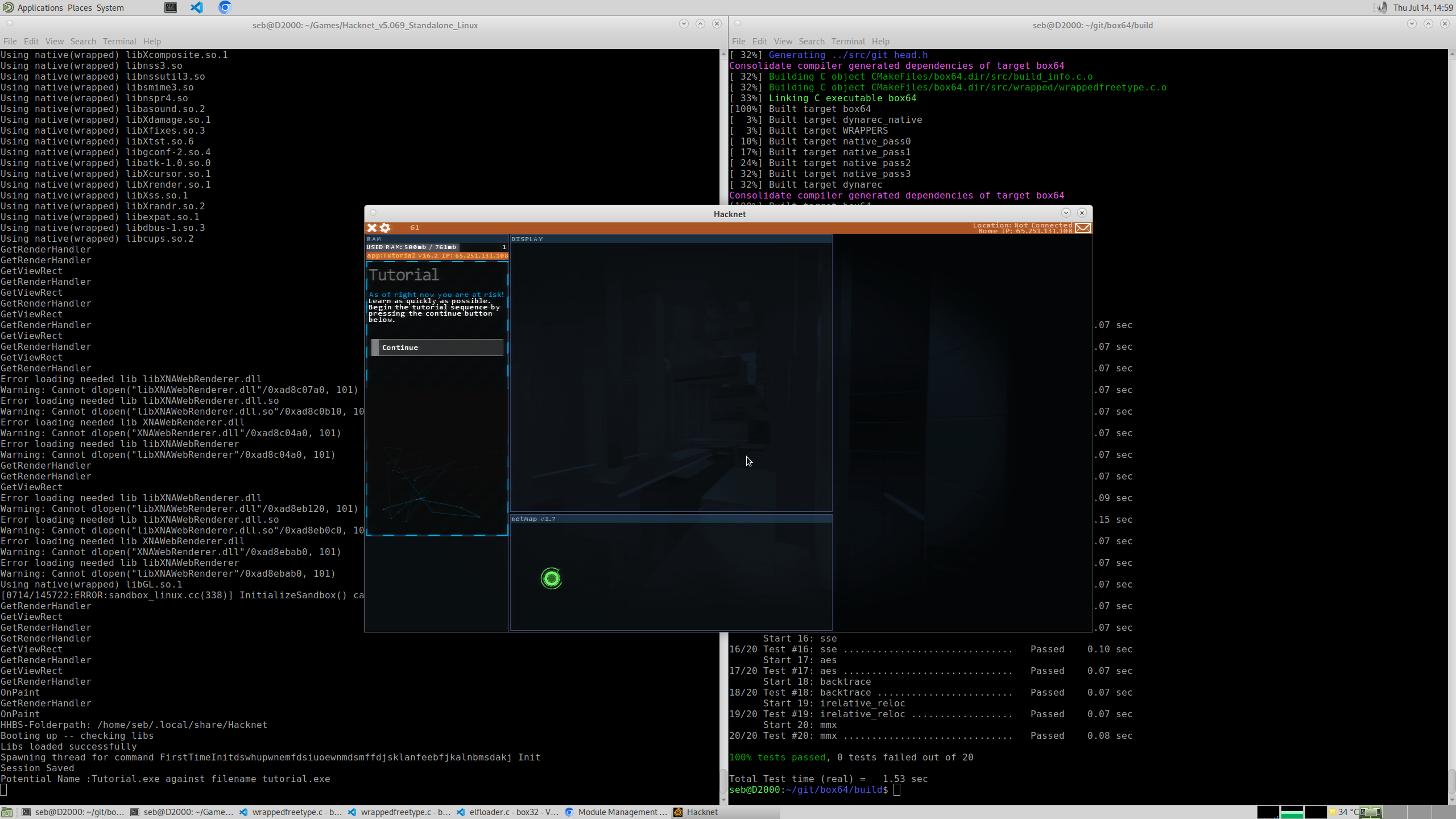 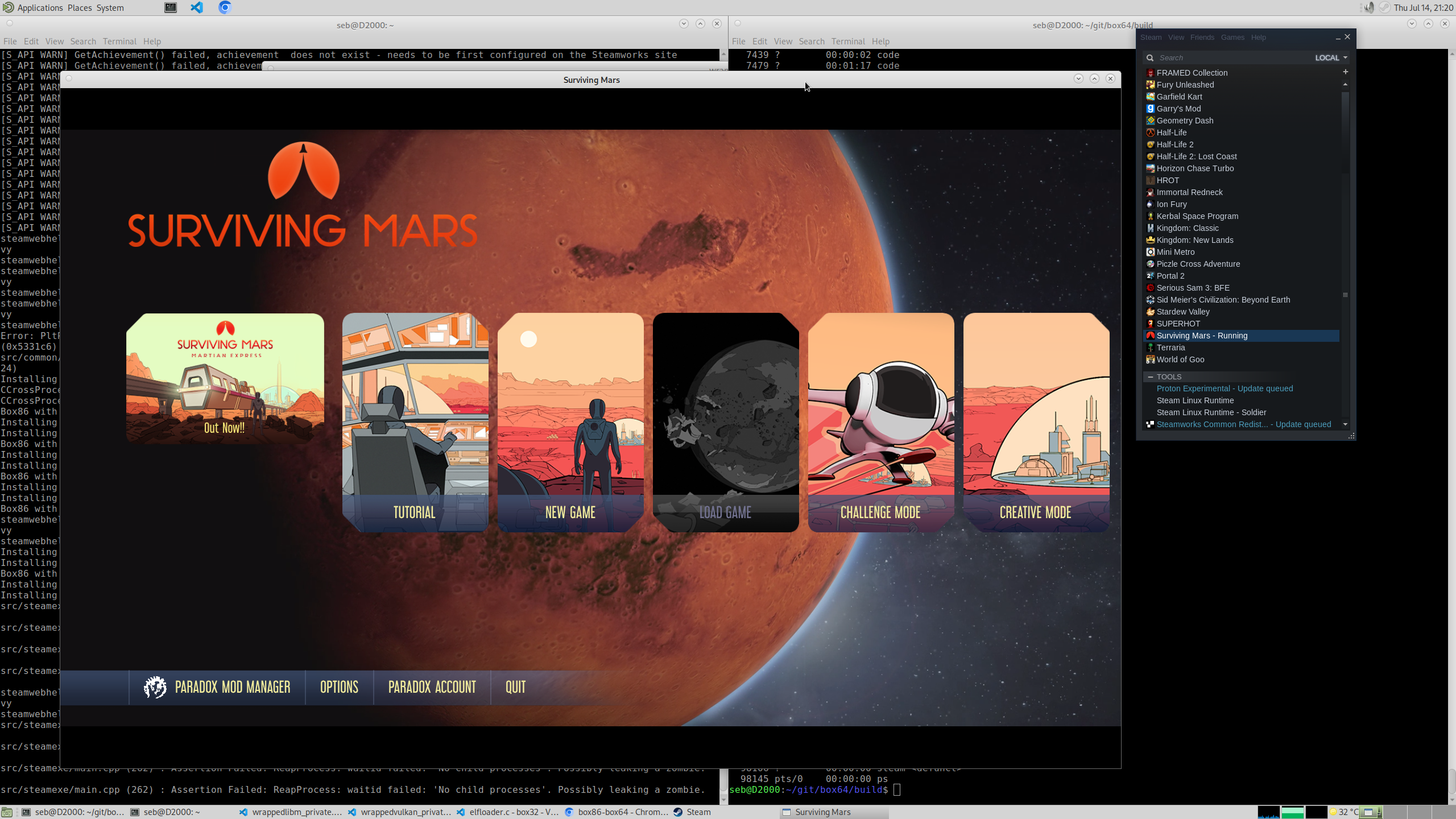 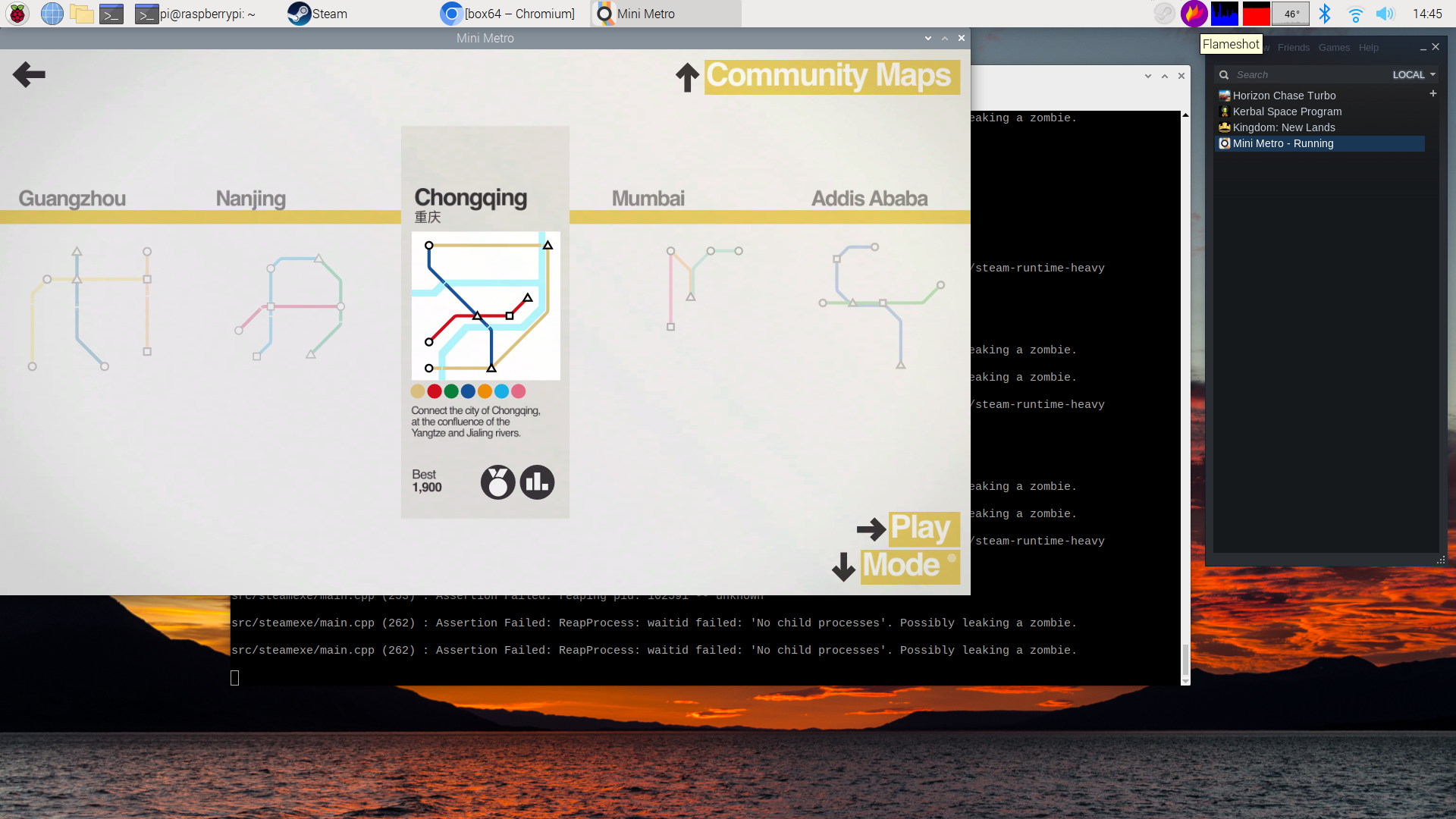 Mini Metro (Linux or Steam version / box64), here the Steam version running on my PI/400.
You must log in or register to reply here.

Using Box86 on the Pyra