The german tech news site Golem also posted an article about it, so that might have something to do with it ;-) . And yes, the comments are very cringeworthy, as always.

Björn said:
The german tech news site Golem also posted an article about it, so that might have something to do with it ;-) . And yes, the comments are very cringeworthy, as always.
Click to expand...

To be fair, most people there are at least interested and find the Pyra not bad in general. However, many complain it just looks ugly.
B

From just reading the titles, most of them still think that it will be a scam.

From ED's more recent comment, I had it backwards.  Evidently the pre-pre-orders were buying 290EUR credit at ED's store for future use and receiving a dummy board as a thank you for the deposit.

Just wondering (not interested myself) - will people be able to re-sell the vouchers or are they limited to the person that bought it?

b_o_b said:
Just wondering (not interested myself) - will people be able to re-sell the vouchers or are they limited to the person that bought it?
Click to expand...

I think I see where you're going...  If they could sell the voucher - is the position in line attached to the voucher or the person that bought it?

Indeed, happened in those fun Pandora days. And maybe someone is interested in the dummy board.

Yes, I once mistakenly bought a pandora queue position on e-bay. In my zeal I never read the details properly, I thought i had purchased and actual pandora. Doh!
I had to request a refund. Then I had a silly bidding war with somebody for another pandora, I guess I don't like losing as I went as far as 900 dollars. It sold to my opponent at 1,000 dollars, hence the 'pandoras going for 1,000 dollars on e-bay news. I then bought and sold a second pandora on e-bay.I sold it to german gent. I sold it because I got a one nub pandora, which broke shortly thereafter; Craig then sent me a brand new pandora with two fully working nubs -as such i jumped the queue and got a fully working pandora. Lucky me.

Can someone tell me what the actual Cellular frequency support will be in the US vs Euro?  Since I am not in both regions.

Cool thanks, yep people often mistake our APT Band 28 for AWS unfortunately.  Band 3 and 7 is practically 90% of the main cities so good enough.
S

Perhaps you should get a poll going, seeing how many people actually plan on buying one. The project may be a bit bigger than we think it is. Don't want to sell out merchandise too quickly.

jabz said:
Can someone tell me what the actual Cellular frequency support will be in the US vs Euro?  Since I am not in both regions.

This is very close to the European bands.

Great news man. All gone. Nice to see that everyone is so intrested in this project (with the android invasion).
Including me. I've checked the "Notify me when available" 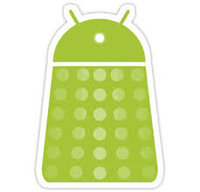 Well, have a good rest of your life. I'm off to some lonely island in Hawaii with that money and will close down the boards soon...
Click to expand...

Haha! Good one ED. But knowing you, you are not seriously going without a working Pyra??

Location
Land of the 'åäö'

Man I have to say I'm a bit bummed that I didn't catch the pre-order voucher, my €€€ is burning a Pyra-shaped hole in my piggy-bank. Oh well life will hopefully go on, I guess...

So let me get this straight -

When the prototypes are done and been confirmed to work as intended, the real pre-ordering starts, will the first production batch be limited to exactly 200, or is 200 the fewest possible to order (as a mass production run) and can therefore be increased if public interests is high enough?

Either way, congratulations on selling so well!

No, the first batch will not be limited, no worries
T

EvilDragon said:
No, the first batch will not be limited, no worries
Click to expand...

Location
Land of the 'åäö'

I've been a member of this community since before the Pandora was even thought of and if any one deserves praise it's you ED, The rest of us wouldn't even be here if it wasn't for the efforts of you and the team.

I was humbled by your refusal to give up on a project you believed in when the Pandora was stumbling from one nightmare to another. To then do it all again with the Pyra is amazing. I'm sorry if I come across as a fanboy (or should that be fan old boy) but I  am.


YOU ROCK ED!​
You must log in or register to reply here.