I voted yes, as I'm intrested in the idea. But for me I'd hope that the pandora's screen output (since the pandora cube won't have one built in) would be avaliable as VGA out.

Just having TV out only would be like taking one step forward and about four steps back -- all you can realisticly do on a TV screen is watch movies and play a few games -- stuff like web browsing forget it unless you like looking at low resolution fuzzy screens and getting eyeache. I'd still vote yes if it were HDMI rather than VGA though that would mean a new monitor for me, making the price ~$500 (Pandora cube+new HDMI monitor).

I don't think the pandora cube idea could be made into a full blown console because once you start adding in DVD drives, hard drives and whatnot you'll make the price soar.

I think the main two advantages of pandora cube are a) very small size and B) the potential to use low power, so not needing some loud fan as you find with x86 desktops .Yes you could make a PC better than the pandora but if you want to make it a similar size, you're talking stuff like pico atx boards and cases - and then the price skyrockets (you won't get one of those for $200!). You could use a games console, but that I'd feel would defeat the whole point entirely.

Having the pandora cube already present in its case IHMO is a good idea, yes there is the beagleboard but everything's an option with the beagleboard or almost, so by the time you add on a case, this and that I suspect it'd be easily >$200. And isn't beagleboard only semi complete? Last thing I read was that sort part of the USB didn't work or ?

In short I'm voting yes, but only if VGA or HDMI output is possible.

EDIT: Another thought. If it was restricted to just TV out make the case capable of accepting a hard drive, keep wifi (!) and have it as some sort of system which could stream data/video/etc. to your TV or PC?

If it can do HD
L

MWeston posted on Jun 2 2009 said:
... I was envisioning a plain box, something that would slot in next to your dvd player or something. But a "lidless" Pandora would be like a little Spectrum. :wub:
Click to expand...

Now there's an idea, but I don't think it will ever happen -- way too many problems and probably wouldn't sell enough not to mention more than likely would make a pandora cube really expensive plus I bet there would be a bucketload of &copy; problems. How's about the idea of making cases in the style of old retro computers (e.g. C64, ZX Speccy, Amiga, BBC B, etc) and put the pandora cube circuit board in that? Sell it as some sort of nostalgia system -- the pandora would be capable of emulating those systems! Either that or we invent our own "retro" case?

I voted: "If it can do x (please state)". If could do HD video and have HDMI or PC VGA cable. And with that guy already working on porting XBMC on the Beagleboard, this would be a dream gadget for me (gaming and movies).
R

actually, just had a thought. imagine a pandora, without the screen section, with some joystick-like mouldings on the bottom, and have the end with the current ports fattened up to include say... L2 and R2, as well as the video out and USB hub gubbins and you could be onto a winner. it would be a pretty fat controller, but without the extra screen weight it would be a bit like one of those consoles in a controller, but actually a full computer in a controller. now that sounds more interesting to me.

could this actually be modded to be as simple as an extra hardware section slotted into place where the battery would be? it would almost be like a cradle but instead an ergonomic hardware expansion... controller... thing.

Really if we are talking a pandora in a box it comes down to 3 thing: performance / options / price

I think at the current prices it just doesn't compete with existing small factor x86 systems. They are just faster and have more options at about the same price range.
And if you dont care about size you can put together a pc together between $200-$300.

That omap package that was referred by Craig as a target market, the product looked to be the size of piece of gum. Mostly for use in another portable device, not a box that doesnt move.

Craig: why put the battery in this? If this thing is supposed to sit next to a tv? In my opinion that just increase the price for something thats not needed.

If you can sell this at a the beagleboard price, then it might be worth looking at.

Must have HD video. Other than that... I can do the same thing with the pandora as it is...

so, basically a beagleboard?

craigix posted on Jun 2 2009 said:
Would you be interested in a Pandora cube, which would essentially be a Pandora for the home
Click to expand...

I'm liking the stackable system myself.

Anyone know where you can buy the empty cases like the ones they use for the Netgear routers? (Without the dome on top of course).. 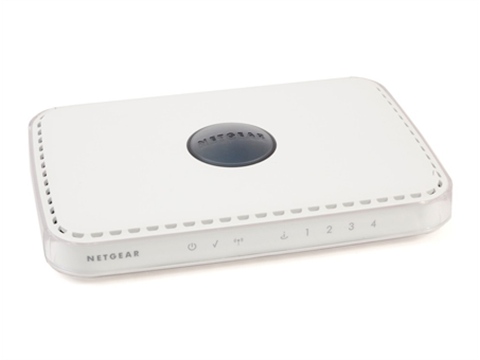 I'm sure someone's posted a link to a site that sells them before??

I think they would make a very stylish mini computer
O

I voted no, and I agree with

QUOTE
Pandora's biggest draw for me is the portability. When you require it to be connected to a TV or LCD monitor, it loses a lot of its appeal - the requirement for a small form factor becomes more of a nice-to-have, and I can get a more powerful system at about the same price. Heck, I've already got a fairly small media center PC running linux, a host of emulators, and streaming recorded TV from my mythbackend, and the whole rig cost less than $200 when I bought it last September.
,
QUOTE
I think at the current prices it just doesn't compete with existing small factor x86 systems. They are just faster and have more options at about the same price range.

and
QUOTE
Hurry up and get these things on the market and in peoples hands if you want money. Once some positive reviews come out I am sure more orders will come in. There are a lot of people (non gp32x) that still believe you guys are scammers and the pandora is vaporware.

Perhaps if you want to sell the Pandora more widely you might need to look at other uses. Something more industrial may be, after all its the software that interprets the inputs from the nubs and thumb board. Those inputs could be something else the 'nubs' could be dealing with some other kind of analogue input. A previous version of the Pandora did have its own controllers, removed in the production version. How about a weather station? The board is more flexible than just an entertainment system.

Archaemic posted on Jun 2 2009 said:
. HDMI-DVI adapters are cheap and readily available on the internet, so whichever conection the cube has, you can use it with any digital display.
Click to expand...

HDMI, DVI , Dual Link DVI, and Display port all support HDCP. Not all devices implement HDCP though. I have a monitor that requires dual link DVI for full resolution, but only supports HDCP on single link DVI or HDMI connections.
Click to expand...

a no from me

I just don't think i see the niché for it. My main reason is that i have a Pico-ITX machine under my TV at the moment and I can't see the pandora cube giving me anything new. For reference it is under £200 + 2.5" HDD + SODIMM 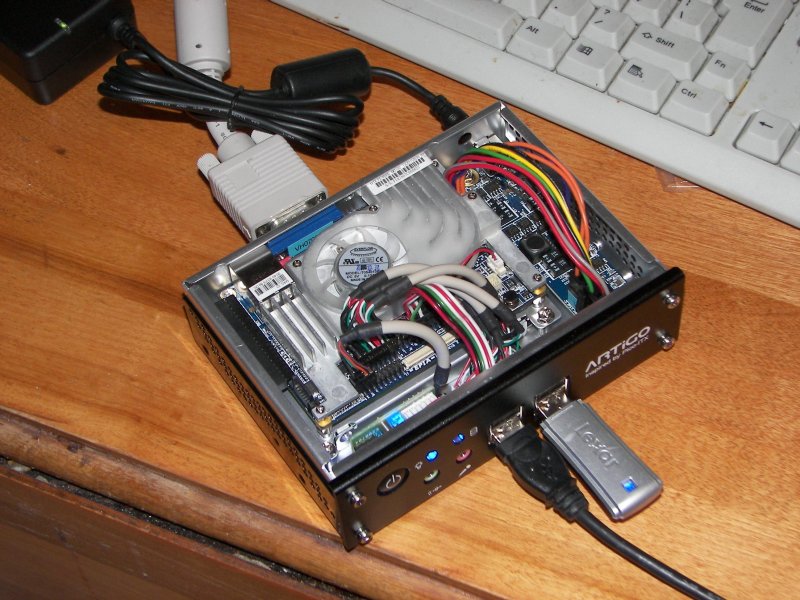 Archaemic posted on Jun 2 2009 said:
. HDMI-DVI adapters are cheap and readily available on the internet, so whichever conection the cube has, you can use it with any digital display.
Click to expand...

My LCD TV has DVI with HDCP. I can plug a dvd player into it through an HDMI to DVI adapter and it works fine. I have it hooked up to DVI switch box so I can also run a computer DVI output to it and switch between the two.
Click to expand...

craigix posted on Jun 2 2009 said:
. . . our unit would be cased, have the pandora controls and still have the battery in it.

Sounds perfect, if you plan on using it with a different screen 99% of the time (like me).

Videos on a real TV, and as a wearable PC with Google on it, or maps, or something.

$110 is a pretty dramatic price reduction, and I think it is entirely worthwhile.
Last edited by a moderator: Dec 20, 2015

I would definitely be interested. Its not much to invest in a piece of hardware to me. Heck I blow through that in useless $h1t I buy on a monthly basis anyway and
I have been toying with buying a Beagleboard but have come to cross-roads with casing/adding wifi/bt. With a cased Pandora cube, I would have exactly what I'm lookin for at an excellent price in my opinion. I'm definitely interested. Sign me up!!

I've voted no simply because I know my 'if it could do X...' wishlist just isn't going to happen.

Only way I'd be interested is if it had ethernet and at least two sata connectors so I could use it to replace my current server. Like others I'd want to use mine as NAS effectively.
Z


it can be a nice low power computer to have a miniwebserver, torrent, amule, fileserver , etc... and you can put it with your tv to see films, play games, photos... i wana it!!

Pandora audio - Which is better?

Kickstarter for TV out Cables
2